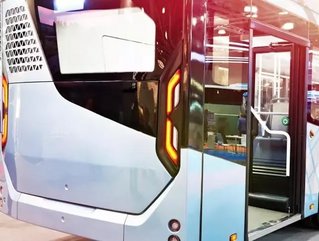 Sydney follow in the footsteps of the C40 group to tackle air pollution in Sydney’s metropolitan area.

Andrew Constance, the NSW Transport Minister, is looking to transform Sydney’s 8,000 buses into an electric fleet and reduce emissions to zero.

"Zero emissions are becoming the standard with their significant environmental, health and operational cost benefits being experienced now in cities like London, Paris and Amsterdam," said Constance.

He has recently returned from a visit to London, a city that has taken drastic steps to reduce its carbon footprint under the C40 group umbrella (which includes Mexico City, Seoul, San Francisco and Madrid). London has committed to reducing emissions by 60% by 2025, compared to its peak in 2000, and these goals are in line with the Paris Agreement and its goal to reduce global emissions by 2030.

Constance wanted to stress his dedication and passion to the improvement of the quality of life for the population of Sydney.

"I'm challenging the industry to begin an ambitious transformation of our bus fleet from particulate emitting diesel to zero-emission buses," said Constance.

The announcement has come days after it was agreed that the bus transport system in Sydney would be privatised. This strategy will give the city the chance to overhaul its fleet of vehicles without a major disruption to municipal operations, as the onus to meet demands will be left on a private company’s shoulders. Constance called it an "an unprecedented opportunity" for the revitalisation of the city’s transportation network.

Constance was clear that the decision to allow a private company to handle the requirements outlined in the speech would allow the government to retain ownership of any assets attributed to the new plans. The announcement is expected to see considerable backlash from trade unions invested in the sector, matching the reaction felt last year when bus services in the city centre were under a similar privatisation plan.