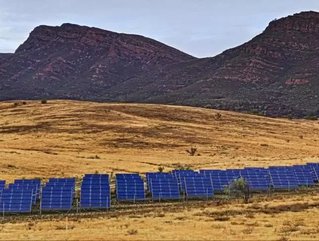 Since 2018, Australia has experienced a surge in solar PV (photovoltaic) installations which have marked it out as a rapidly expanding global leader.

Research conducted by the Australian PV Institute illustrates how the popularity of solar power began increasing in 2010 and made steady gains until 2017-2019, when nationwide capacity almost doubled from 7,203MW to 13,904MW.

The latter, a project by Germany-based energy company Innogy SE, a subsidiary of E.ON, broke ground in late 2018 and is expected to become operational in 2020.

“Electricity prices in Australia have risen strongly over the past decade and are among the highest in the world,” commented Thorsten Blanke, CEO of Innogy Renewables Australia, in an article with PV Magazine.

“An expansion of renewable energies can contribute towards reducing the energy costs for customers. Especially wind and solar are cost-effective alternatives in a country with excellent natural renewable resources.”

However, a large proportion (79%) of Australia’s electricity requirement is still fulfilled by fossil fuels, particularly coal.

In order to achieve the ambitious targets set out in the government’s 2030 climate change statement - reducing emissions by 52% per capita and 65% in intensity - the country will need to investigate and combine several different renewable energy sources.

Speaking in an article with ABC, Dr Paul Wilson, an electrical engineer, discussed the possibilities of solar thermal power to contribute to a solution.

Instead of expanding coal mines, Dr Wilson proposes using Queensland farming territory to create a series of “solar thermal power stations down through the inland sort of west of the Darling Downs and going south.”

Exploring this exciting possibility is the Commonwealth Scientific and Industrial Research Organisation (CSIRO), which is developing advanced solar systems that can concentrate solar heat to a temperature in excess of 1,000ºC.

“Harnessing renewable energy to reduce Australia's dependence on fossil fuels is one of our biggest challenges,” says CSIRO on its website.

“As lowering emissions becomes more important for industry and homeowners, we are looking at new ways of generating solar energy. Our challenge is how to make solar a reliable, stable part of Australia's energy future.”