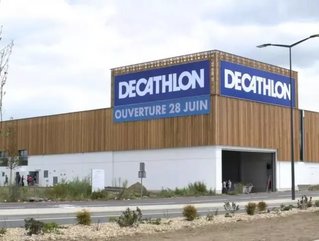 Rebel has been named as Australia’s leading sports store but will face increasingly tough competition from French entrant Decathlon, a new study by Roy Morgan has revealed.

The research showed an overall customer satisfaction rating of 89.2%, the highest of any sports retailer in the country.

French sports store giant Decathlon entered the Australian sporting goods market in 2016 with an online presence, although the ‘warehouse’ store opened before Christmas in suburban Sydney is the first of the up to 100 sports stores it plans to open in Australia.

Michele Levine, CEO, Roy Morgan, says the entry of Decathlon to the Australian sporting goods market provides a massive challenge to market leaders Rebel: “Rebel’s performance in 2017 has been exceptional with the company taking out several monthly Roy Morgan Customer Satisfaction Awards during the year and heavily favoured to build on its successive victories (2015 & 2016) in the Australian Roy Morgan Annual Customer Satisfaction Awards held next month.

“However, the entry of French sporting goods store giant Decathlon (which has over 1,100 stores globally) into the Australian retail market provides a huge challenge to Rebel. Decathlon, which is known as the ‘Aldi’ of the sporting goods world, competes heavily on price and is set to significantly ramp up its on the ground retail presence in Australia.”

According to Roy Morgan, Rebel captured about 20% of the $1.2bn market in the year to September 2017, equal to over $230mn and well ahead of rivals Sports Power and major department stores including Kmart, Big W and Target.