Qantas Chairman to step down after 11 years 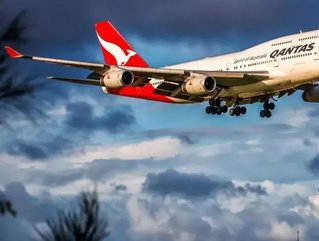 Qantas Chairman Leigh Clifford has announced that he will be stepping down from the airliner later this year after more than 11 years in the role.

Since joining the company as Chairman in November 2007, Clifford led the company through one of its most transformative periods in the company’s history, helping the firm to reach record profitability and customer satisfaction during this time.

“It has been an absolute privilege to lead the Qantas Board for these past 11 years,” said Clifford. “The national carrier has never been in a stronger position and that’s a credit to the management team and the 30,000 employees that make up the Qantas Group family.”

Clifford will be replaced by Richard Goyder who formerly held the role of CEO at Wesfarmers for a period of 12 years. Further, he currently stands as Chairman of Woodside Petroleum Ltd. and the Australian Football League.

“Richard is one of the most experienced business leaders in Australia and an excellent choice to lead the Qantas Board into the future,” said Clifford.

“Qantas is an iconic Australian company and one of the best performing airline groups in the world,” said Goyder. “I’m honoured to be named its Chairman and look forward to working with my Board colleagues to help it take advantage of the opportunities ahead.”

The changes are set to take place at the company’s upcoming AGM, scheduled for October.