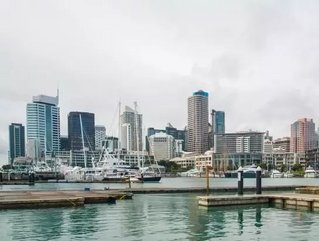 The value of the Commercial Bay project in Auckland has reached NZ$1bn (US$658.8mn) with plans for an InterContinental hotel.

A deal has been made between InterContinental Hotel Group Australasian and NSX-listed landlord, Precinct Properties, to introduce the hotel brand to the city.

The project was revealed by the landlord’s CEO, Scott Pritchard, and the Senior Development Director of the hotel group’s Australasian unit, Abhijay Sandilya, on 16 August.

The hotel will be located in a previous HSBC office building, with the 19-storey block renovated with new façade and fittings.

Warren and Mahoney will be responsible for designing the 244-rommed hotel, with LT McGuinness selected to develop the site.

“The 244 rooms will be a presidential suite and a number of king suites, all with remarkable views,” said Scott Pritchard.

“We've owned the building for five or six years and we recognised when we bought it that it had amazing redevelopment potential.”

“We think, looking at the market right now, there's a significant shortage of rooms. The Ministry of Business, Innovation and Employment has said we need another 4000 rooms.”

“There's a lot of positive trends for Auckland and a 244-room luxury-brand hotel, fully integrated into Commercial Bay, is a unique opportunity.”

“There's nowhere in New Zealand so far where a hotel has been fully integrated into a commercial and retail centre, where you can walk out the front door on to the waterfront or on to Queen St.”