Order-In and the rise of corporate catering 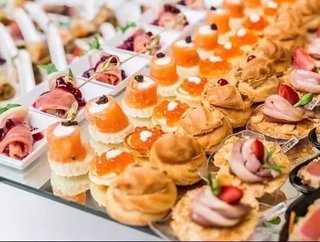 Corporate catering in Australia is approximately a $2.5bn market – and Order-In (established in 2000) is taking advantage of it, with 5,000 clients, 750 suppliers and an annual revenue of $16mn. Order-In has catered for 17mn people via more than 970,000 order deliveries since its conception.

An average order with the company costs around $400 and its service levels exceed 98.8% for being on-time. Most of Order-Ins clients reside in Australia’s major cities, and Managing Director Jonathan Rowley reveals that the company’s focus for the next few years is aggressive national growth.

Order-In is targeting Victoria and Queensland in the next 12 months, Canberra, Perth and Adelaide over 18 months, and regional areas – such as the Gold Coast and Newcastle – over the next two years.

“We organically grew across the Eastern seaboard,” explains Rowley. “I was always of the opinion that the business was only coming from the CBDs; if they can afford a sign on the top of a building, they can afford catering.

“But the reality is that every business, no matter where they are, has some form of food or catering coming to their office, whether companies use it to entertain clients, put on a morning tea for 10 staff members or want fruit boxes.

“Most businesses everywhere in Australia have some form of catering need. Our plan is to be the household name for that solution.”

“We've had to organically fund all of our growth, and initially targeted big blue-chip companies because they have a lot of staff, hold a lot of meetings and are profitable businesses, so catering is something they can afford to do,” Rowley explains.

“Startup IT companies in the early days, like Twitter and Facebook, were on a shoe-string budget so they weren't really companies that we targeted. But these days, they’ve got a lot of funding behind them and have all these cool people working for them.

“Companies use tasty food to keep employees happy, and we’re starting to get a lot more of that business now. If you look at what Menulog did to home take-away food, that's what we’re doing to business catering because, ironically, the market size is not dissimilar.”

In the last 12 months, Order-In’s website has witnessed a 98% increase in traffic, with 25,400 user reviews, and has doubled its supplier base, both nationally and locally, in the last year.

“It’s a huge success,” adds Rowley, crediting his employees. “We're extremely happy with where we’re at, and are really excited about the future – and it comes down to the team. There are 35 of us, and despite being so much larger nowadays, our service levels have never been higher.

“We track all our orders for on-time delivery and customer satisfaction, and the statistic is 98.8%. One of our big successes is that 84% of all orders are now placed online, which means customers are capable and feel comfortable to jump online and order a cocktail party for 50 or however many people.”

But it wasn’t always so. Rowley launched Order-In in 2000 during the MySpace heyday, and the innovative online catering platform was a world-first for Australian businesses to easily order food online – ranging from canapes to sandwiches, morning tea and pastries to gourmet cocktail parties – and have it delivered.

At this time, the internet was still relatively new. Tweeting was for birds, Google and Facebook were unknown, and everyone was emailing via Hotmail. Although Amazon was starting to gain momentum, people were still mistrustful of the web, and certainly uneasy about making financial transactions on it.

“We started Order-In as a platform, a marketplace for caterers, and were the first in the world to do it at that B2B level of food,” he says. “But when we started the business, it failed because not many people trusted the internet at first, let alone spent through it.

“What we’ve found over time is that customers buy on trust and relationships. The objective of the business hasn't changed since the original business plan, but the customers’ expectations have, which is good, because otherwise we wouldn’t have lasted.”

One of the initial hurdles was that customers wanted to browse a menu and talk to someone – which goes against a technology platform. As a result, Order-In’s model changed from a technology business, with support when needed, to a customer service business supported by technology.

“We did that for the first five years,” Rowley explains, “and at the same time discovered that trust and referral is really important at the B2B level, so we had to go out to the customers to earn their trust before then they would transact through the business platform.”

That slowed growth because it required a sales force, and at that time, Rowley, who lived in Canada and South Africa before coming to Australia 18 years ago, WAS the business – he was the sales person, the bookkeeper, the customer service person, “the really bad marketing person”, and worked with a support team of five.

“One of the reasons we started to grow really rapidly was due to something we hadn't even considered – that big businesses like to order in,” he adds. “Not because of the platform that we gave, or even the clients so much, but because we give them a single source supplier.

“So, they get all these soft cost savings as it’s all on one invoice, no matter who they use. And they love it.”

With a strong sense of corporate social responsibility, the company urges clients with excess or unneeded corporate catering to donate it to OzHarvest, which then distributes it to those in need.

Because Order-In doesn’t actually own any kitchens due to it being “a logistical nightmare”, the suppliers themselves deal directly with the produce and delivery.

Doubling the supplier platform over the last 12 months has seen an influx of international cuisine, such as Thai, Lebanese, Mexican, Korean, Italian and Vietnamese caterers. Some trends are seasonal – in winter the focus can be on hearty food, while in summer, popular orders include rice paper rolls, salads, wraps, fruit platters and healthy sandwiches.

Order-In caters for as few as five people in one sitting, up to 16,000 – its largest order yet, which was held in December when it provided food and drinks for a celebratory morning tea across four offices of one company.

Rowley claims the corporate environment around catering has changed. Whereas ‘a lovely spread’ used to be all boring white platters with neat, triangle sandwiches lined up, now it’s acceptable for food to be displayed rustic-style, or arrive in disposable, recyclable boxes.

“Office catering used to be stiff and boring, but it doesn’t have to be,” Rowley says. “People eat with their eyes and as a result colour and texture have a huge impact on the guests’ perception of the meal, so have lots of variety of food, flavours and colours on display. Catering is a visual feast.”

So, to settle a debate: do triangle sandwiches with the crusts cut off REALLY taste better, or is it a placebo? “200% it’s true that they taste better,” Rowley laughs. “Why? Less bread, more filling!”