One Crown Place: A snapshot on Asian investments in the City of London 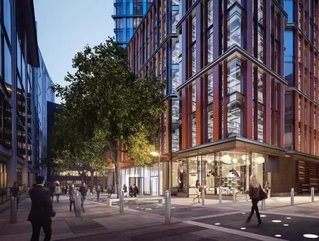 It is no secret that London is one of the world’s most attractive locations for real estate investment. And with the British Pound hitting 30-year lows, opportunities for foreign investors to snap up great real estate deals seem to be ever plentiful. We speak to Tom Bryant, Director, Residential, London, CBRE and Henry Robinson, Director, London Development, CBRE and Project Management Lead for One Crown Place to find out what all the fuss is about.

“London is a global city with a truly international appeal – and we are confident the world-class product on offer at One Crown Place will attract interest from various global markets,” says Bryant.

“The barrier to entry for investing in London is also much lower than other countries popular with Asian investors, such as Australia,” adds Robinson, “In addition, there's also a trend for Asians to acquire retirement homes or properties to finance their children's education in Britain.”

For foreigners looking to invest in London, there are a variety of reasons that do so much more than just sweeten the deal, Bryant explains: “These include its robust economy; London accounts for 13 percent of the UK’s population, but 23 percent of its GDP.”

“There are 8.67 million people living in London, of these 1.8 million rent and 70,000 earn over £100,000, which shows the depth of the high end rental market. The UK also has a very transparent legal structure which protects property owners.”

London therefore offers a heady combination of factors which contribute to its position as real estate gold mine for Asian investors. Combining high economic performance and world-class amenities (well worth the 13 hour flight from Changi Airport), alongside a healthy demand for high-end real estate, London presents the close to ideal investment environment.

But how are international companies making sure that all this potential isn’t going to waste? “As a global property firm, CBRE works on a wide range of similar projects, and the combined expertise of the CBRE teams will ensure it continues to work on large scale mixed-use schemes in the future,” Bryant explains

An additional level of character is provided in the form of the last remaining Georgian terrace in the area, which has been restored to contain a clubhouse for the residents and the onsite boutique hotel. The site is also a stone’s throw from the City’s top universities and financial district. The development is ideally placed for local transport links, within five minutes of both Moorgate and Liverpool Street stations. The development was primarily designed by award-winning Kohn Pedersen Fox Associates (KPF)

Robinson describes the Sun Street conservation area as: “An ‘urban island’ whose buildings are a microcosm of historical and modern South Shoreditch. The 19th century workshops and warehouses that once served this prolific area for the furniture and printing industries border today’s creative community that form a vital part of this vibrant area.”

“One Crown Place sits at the centre of this melting pot of influences and cultures, combining the Georgian terrace with two statement towers in what will be a signature new landmark for the City of London.”

With an investment landscape friendly to international interest, London is naturally one of the choice cities for Asians looking to invest in real estate, whether for profit or personal use. While some uncertainty remains in the UK capital over the effects of its exit from the European Union, CBRE remains undaunted by the prospect. Bryant says, “London has many positive attributes that remaining unaffected by the outcome if the EU referendum. As a result buying property in London remains attractive to investors.”