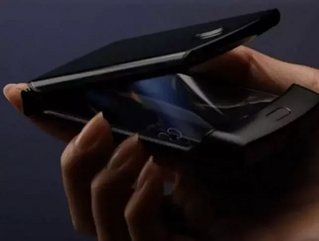 Lenovo owned, Motorola is rebooting an old classic, the Razr flip phone, first launched in 2004. The reinvented smartphone will have a 6.2-inch foldable screen, the first of its kind on a smartphone.

The new device will still use the Razr name from the original product and retains a similar aesthetic. At launch the phone cost NZ$2349 and will be available for pre-order from December in Europe with the device expected to land in January.

Motorola is a small fraction of the global market and this new device is its magnum opus, a chance to create brand identity in a market saturated with big names like Apple, Google and Samsung. Before the iPhone launched in 2007 the Razr was one of the biggest selling phones available, selling 130mn units.

Motorola’s Razr will be the first true smartphone to have a foldable screen, although other technology has had a similar ability this has had to be used on larger screens.

Motorola president Sergio Buniac said he doesn’t expect the launch to be a “silver bullet” for Motorola’s sales compared to giants like Apple and Samsung but has already caused waves in the tech community and is sure to turn a spotlight onto the company. Motorola was originally a struggling branch of Lenovo which has transformed itself into a profitable enterprise in many markets, Buniac said.

The Razr is designed with a hinge at the top of the device so that it unfolds as a traditional flip phone would. This gives it an edge over other phones as it is half the size when folded. It has also brought back the functionality of flipping the phone shut to hang up a call.

In previous developments have had issues with bubbles appearing in foldable screens, and grit getting its way under the screen and causing dead pixels. Using a zero-gap design, Buniac said "Our expectation is that we will have a reliable product, and as we launch you will see, but we are confident in what we achieved."