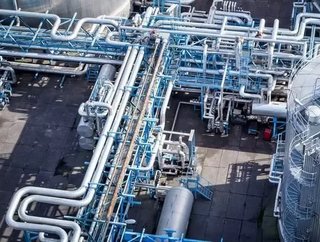 The largest user of natural gas in New Zealand, Methanex, has announced a supply deal that will see the firm provided with enough gas until 2029.

The methanol producer has an annual production capacity of 2.5mn tonnes per year. The 11-year deal will see the supplied natural gas power more than half its production.

“Gas, and the continued production of methanol in New Zealand play a positive role in the transition to a lower carbon future.”

The deal with the unknown supplier will enable the company to continue its operations in the growing Asia Pacific region.

“Methanex will require a new discovery if it is to continue operating in New Zealand over the medium to long-term,” stated the Ministry of Business, Innovation, and Employment in a briefing paper to the nation’s Energy Minister, Megan Woods.

“It's good to see this level of certainty in the context of the long term transition we announced in April,” Woods announced.

“This is good news for jobs in the region and sits alongside the work we are undertaking alongside local agencies about transitioning the economy.”

“This decision will certainly bolster confidence in the Taranaki region after the Government announced they will not be issuing any new offshore exploration licences and will be reviewing whether the same will apply to onshore after the next election,” said Jonathan Young, New Plymouth’s National MP, and spokesperson for Energy and Resources.

"Methanex's considered approach is in stark contrast to the Government's decision on a whim in April to bring a halt to future oil and gas exploration in New Zealand without any consultation with the industry itself.”