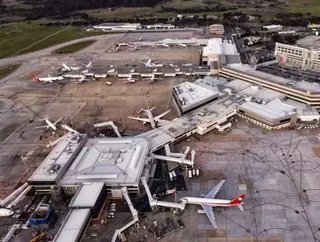 Melbourne Airport has launched a direct flight to Canada after it received its first non-stop aircraft from Vancouver.

An Air Canada Boeing 787 Dreamliner departed from the British Columbia city on 1 December, arriving on the morning of 3 December at Melbourne’s Tullamarine Airport, becoming the only flight service that links the two cities.

"We are delighted to welcome customers onboard our flights to Melbourne, our newest destination in Australia,” said Benjamin Smith, President of Passenger Airlines, Air Canada. “Our seasonal service will be of particular interest to Australians travelling for a Canadian winter vacation and North Americans travelling to enjoy Australia's summer season.”

The flight that takes approximately 12 hours will be available four times each week until 4 February, where after a year-round service will begin in June 2018.

Simon Gandy, Melbourne Airport Chief of Aviation, said: "We also know Canadian inbound tourism to Australia is on the rise with forecasts expecting a 10.2 per cent increase in visitation in the next two years, growing from 162,000 travellers in 2016/17 up to 179,000 in 2018/19. It's the perfect time to launch this service and we look forward to welcoming Air Canada's year-round service in June 2018."

Melbourne also plans to install a new airport by as early as 2020. Private investor Paragon Premier Investment Fund has presented a $7bn plan to Victoria’s government, a plan which comprises two runways and an annual passenger capacity of 2.8mn.