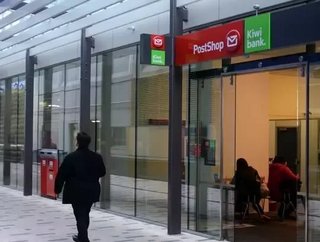 Former ASB executive Steve Jurkovich has been named as Kiwibank’s new CEO, charged with leading the company’s next wave of digital expansion.

Commenting on his new role, he said: “New Zealand is an increasingly diverse country with big ambitions, and I want to work for a bank that respects and reflects that. Kiwibank has an incredible brand that resonates with all New Zealanders and it’s a real privilege to be asked to guard and increase the reach of that brand.”

Jurkovich also commented on the recent problems in Australia which have damaged the whole sector’s reputation.

“If we look at the revelations from Australia’s royal commission into financial services, we see a disappointingly low public perception of financial services there,” he said. “But on this side of the Tasman New Zealanders should be pleased we have a higher level of scrutiny on our banking practices, and arguably a healthier industry culture too.”

Commenting on Jurkovich's role, Kiwibank's Board Chair Susan Macken said: "Steve will be instrumental in ensuring Kiwibank is a sustainable and competitive bank that continues to meet the needs the customers who are the company’s lifeblood, and whose clear preference for digital interaction with us is guiding the changes we are making."

Born in New Zealand and raised between Paeroa and Auckland’s North Shore, Jurkovich graduated from Otago University with a Bachelor of Law and completed his MBA at the University of Sydney. He is married, with two daughters.

Jurkovich will start at Kiwibank on 30 July and will be based in Wellington.