Indonesia ready to do business with Trump 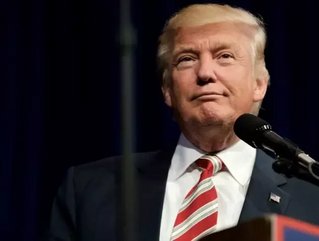 Indonesia has indicated that it has no qualms doing business with America under a Donald Trump Presidency. President Joko Widodo’s Coordinating Minister for Maritime Affairs Luhut Pandjaitan has voiced vociferous support.

"President Trump is a pragmatist who is likely to adopt a non-ideological and non-confrontational approach to a diverse political world," Pandjaitan said in Singapore's Straits Times newspaper.

Pandjaitan also suggested that Trump’s business acumen would enable him to make deals, regardless of political leanings or ideology.

He also noted that Trump’s “pragmatism” could very well provide benefits for Indonesia, bringing to light many similarities in US and Indonesian economic policies, as well as a mutual goal to wipe out the Islamic State, which has cells operating in Indonesia.

He added, "Under President Barack Obama, America's ideological desire to remould the world, including Europe, in America's image helped precipitate the crisis in Ukraine that ended with Russia annexing Crimea. Its pivot to the Asia-Pacific concluded with China ignoring international law in the South China sea."