How to successfully convey your company&#039;s story 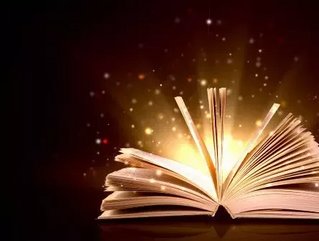 The story of your company sets the foundation for what customers, shareholders and even your own employees expect. Nearly every company webpage has an “About Us” section, but some are missing the details that could potentially win over future business.

There are several other benefits to telling your company’s story, even just in-house. It can help determine company culture and appeal to job seekers who agree with the goals on which the company was founded. Everyone who works for the company should know why they do what they do. And if you feel like the company is getting off track from its original mission and goals,

There are not any wrong ways to tell the story of your company, but there are a few things you should focus on.

Be honest and genuine

With information travelling faster than the speed of light nowadays, a fabricated anecdote is more likely to be revealed. Most founding stories are truly interesting, no matter where the company started.

"I'm hard-pressed to think of a company that doesn't have an interesting foundational story," said Paul Smith, an executive coach and author of Lead With a Story. "But I suspect there are many that haven't crafted and told theirs. And they're important. People want to be part of something bigger than themselves. A nameless, faceless corporation with no real purpose, no story, is not an inspiring place to be."

The story of eBay was unusual and unique – founder Pierre Omidyar wanted a way to easily trade the Pez candy dispensers she liked to collect. Except, this story was completely false. The company was well-established at the point when the lie was revealed, so they did not take a hit. That does not mean any other company would get off so easily, however, so it is best to stick to the truth.

If you can, use a personal angle

This is one of the easiest ways to appeal to the general public. It takes less effort for a customer to relate to a guy who started a company in his dorm room (like Facebook found Mark Zuckerberg), than a faceless, nameless entity.

Sara Blakely wore the same white pants for three years to promote her line of undergarments to prove their effectiveness – and Spanx has made her one of the few women billionaires in the world. Not to say that her career worth is specifically related to the story of the early days of her business, but it certainly helps sell the company’s dedication to its product.

Stories that pull at the heartstrings are also perfect to define your company. If your product or service saved a life or performed another amazing feat, that should be shared.

Media people look for stories about individual people, but a corporate partner may be turned off if focus is only on one person, and not the company as a whole. You do not have to tell the same story to everyone – a company of any size can have more than one story.

When trying to appeal to a corporate partner, "you want to convince them of the institutional strength of the company," says Steve Jurvetson, VC behind companies like Hotmail and Tesla Motors. "That could be a very different pitch, emphasizing an unusual skill set in the company or a unique technology."

No story about the beginning of a company - or the company's culture -  is dull, so do not be hesitant to share yours.