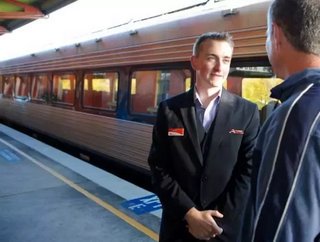 It was in December 2012 that the Minister for Transport of New South Wales, Gladys Berejiklian, announced a complete review of transportation services in the state, paying particular attention to the State rail provider RailCorp.

This was at the time the largest asset owner in the whole of Australia, employing upward of 15,000 people, and its size and complexity were causing problems; in particular it had become highly Sydney-centric. All the decisions were made in the capital city, and timetabling was arranged to meet the needs of Sydney citizens and its commuters.

However the needs of a traveller on a 40 minute commute and another on a six hour train journey are very different, and the minister wanted a better service for upstate citizens. It was decided to replace RailCorp with two new rail agencies: Sydney Trains, which would look after all the suburban services of Sydney, and NSW Trains to manage the network in the rest of New South Wales, including coach services to reach the many communities not reached by rail. In fact today NSW Trains is also the largest coach operator in Australia, running 600 different services a week.

It was NSW Trains' good fortune to secure the former CEO of RailCorp Rob Mason as its CEO when the new companies started operating on July 1 2013. His brief was to improve the lot of inter-city and regional passengers who had been given a lower priority. Another key appointment at the new organisation was that of Chief Procurement Office (CPO).

There was a serious reputational problem within the industry. Apart from having fallen into the traps that affect large organisations in the public sector from silo thinking to a job-for-life culture and union strangleholds, a series of enquiries had revealed that long term suppliers had become entrenched, discouraging new entrants, and that money had changed hands to keep things like that.

Read the rest of this article in Business Review Australia & Asia's August issue.