How to Master the Art of Rapid Recovery 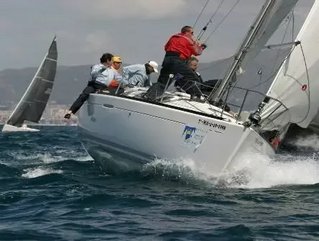 Written by Dennis N. T. Perkins with Jillian B. Murphy, authors of Into the Storm: Lessons in Teamwork from the Treacherous Sydney to Hobart Ocean Race

In 1998, a tiny 35-foot boat called the AFR Midnight Rambler accomplished an amazing feat -- winning one of the toughest ocean races in the world. The Sydney to Hobart is demanding every year, but in '98, an unexpected "weather bomb" hit the fleet, creating 80-foot waves and 100-mile-per-hour winds.

While bigger, better-equipped boats tried to maneuver around the storm, the crew of the AFR Midnight Rambler chose to head directly into its path, and ultimately won the coveted Tattersall's Cup -- the smallest boat in ten years.

How did they do it? And what lessons can we learn from this team of "amateur" sailors to make our own teams more successful?

One of the keys to the Rambler's success was their ability to recover quickly from setbacks. Just as people vary in their ability to deal with stress, so do teams. And like individuals, teams can develop the capacity for rebounding from pressure and setbacks.

By the time the crew of the AFR Midnight Rambler got to the 1998 race, they had overcome numerous obstacles as a team. They had capsized, torn sails, and dealt with a host of other problems that accompany ocean racing. Some of the difficulties were totally unexpected, and some occurred because they were pressing the limits. But throughout their history one thing was clear: There would be problems.

Successful teams know that they will encounter problems. They anticipate setbacks with the confidence that, when things go wrong, they can deal with any challenge that comes their way.

Calmly put the pieces back together

When a boat broaches or is knocked down by a wave, anything can happen. Crew members on deck need to keep their heads down, because the boom can swing rapidly. Ropes and lines flap everywhere, and the mast is often submerged in the water. The challenge is to get the boat under control and to move quickly back into "racing mode."

Some crews accomplish this better than others, and the Ramblers are one of the best. Samantha Byron -- a relative newcomer to the Rambler team -- had the advantage of observing their teamwork with fresh eyes. She was struck by their ability to execute a seamless recovery:

The first offshore race I did with the Ramblers lit a fire as to why I wanted to join them as a team member. On our way back to Sydney after the Bird Island Race, we were hit by some really bad weather and very high winds. We had the wrong sails up for those conditions and the boat was flattened.

The reaction from the crew was so fast, and so quick. Equipment had failed, crew members were all over the place, yet we all managed to pick ourselves up. Within minutes everything was back under control. The old sails were down, we had new sails up, and we were off. In no time, we were powering off again to finish the race.

Samantha had sailed on other boats, but she was taken aback by the speed and seamless recovery exhibited by the Ramblers. Winning teams start recovering while they're still in the water, and then move quickly to finish the race.

Once problems are accepted as inevitable, it follows that setbacks do not equal failure. To maximize performance, teams need to take risks -- and some of those risks may flip the boat.

Because a team's focus should be on its ability to recover from mistakes, the amount of time needed for recovery is a key metric for judging performance. While recovery will never be instantaneous, teams can aspire to spending an ever decreasing amount of time putting the pieces back together.

Once the Midnight Rambler made it through the storm, the crew started pushing the boat hard again. The winds were still blowing at gale force, and the seas were rough. They were determined to press the limits and make up for lost time. But it was also critical to make sure that they stayed in one piece and finished the race. In spite of his passion to win, skipper Ed Psaltis understood that it was important to "never lose sight of the ultimate goal." He said, "I had to avoid getting too excited, pushing too hard, and cracking something!"

As important as it is to seamlessly recover from setbacks and shift back into racing mode, it is equally important to avoid overcorrecting. Recovery needs to be rapid but also measured. Successful teams are able to put the pieces back together and then calmly push as hard as they can, without breaking the boat.

Dennis N.T. Perkins is the author of Into the Storm and Leading at The Edge. He is CEO of The Syncretics Group, a consulting firm dedicated to helping leaders and teams thrive under conditions of adversity, uncertainty and change. Follow Dennis on Twitter @DNTP

Jillian B. Murphy is the director of client services at Syncretics. She works in the areas of leadership, executive coaching, and team effectiveness. Follow her on Twitter @jbmurf