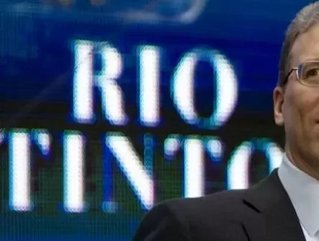 First half iron ore shipments of 110 million tonnes from the Australian and Canadian operations were six million tonnes lower than 2010 first half following several cyclones, widespread flooding and a subsequent train derailment in the first quarter of 2011 in Western Australia, Rio announced.

"Operations largely recovered from the severe weather impacts earlier this year, although some port and rail constraints remained. This quarter was also characterised by continued strong prices for most of our metals and minerals, but with worsening adverse exchange rates and some input cost pressures,” Chief executive Tom Albanese said.

The Queensland coal mines steadily recovered from the severe rains of the first quarter. Hail Creek was the last Rio Tinto mine to lift force majeure in May.  Australian hard coking coal production was nine per cent higher than the first quarter but was down 26 per cent on the second quarter of 2010 due to the heavy rains.

Rio Tinto also acknowledged that its growth programme was boosted by the successful $4 billion acquisition of Riversdale Mining and a $5 billion capital management programme.