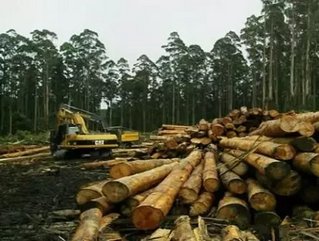 Forestry company Gunns Limited has renewed hope for the future of its business after receiving a generous investment from a New Zealand-born billionaire.

The Richard Chandler Corporation (RCC), a Singapore-based capital investment firm, has offered to invest AU$150 million in the troubled Tasmanian company through a share and bond-based agreement, giving the corporation a 39 per cent stake in Gunns.

The news couldn’t have come at a better time for Gunns, who recently received an extension on their debt payback in order to keep the company afloat and help move along the construction of the controversial Bell Bay Pulp Mill. As a result of the investment announcement, Gunns’ stock, which hovered around the 10 cent mark for weeks, shot up 36 per cent to close at 17 cents yesterday, according to the Herald Sun.

The deal will not be 100% sealed until the ASX stamps it with their approval and Gunns’ shareholders vote on it in mid-April, but that hasn’t dampened the spirits of Gunns’ managing director Greg L’Estrange.

“In combination with the asset sales program, the proposed recapitalisation will facilitate a further significant reduction in company debt,” he said in a media release. “This will provide the platform for us to proceed with our core strategy, based on the softwood sawmilling business and the utilisation of our extensive Tasmanian hardwood plantation estate within the proposed Bell Bay Pulp Mill.”

Alan Kelly, senior advisor to the RCC, said the investment is a “significant” economic contribution to Australia.

“We see its future as building a foundation for sustainable development and economic growth which will provide a future for the Tasmanian forestry industry,” said Kelly in a media release yesterday.

Another $130 million is proposed to be raised via a “pro-rata renounceable rights issue” to current shareholders.