The growth of Naked Wines 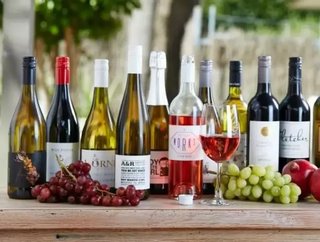 Launched in the United Kingdom in 2008, Naked Wines was founded by a group of friends led by South African-born entrepreneur Rowan Gormley, who had formerly served as Richard Branson's in-house venture capitalist and helped establish Virgin Wines. After finding success in the UK, Naked Wines expanded to Australia and the USA in 2012 and today has more than 50,000 Australian members.

Shunning the traditional ‘wine of the month club’ model, Naked Wines instead asks members to deposit $40 per month into their account – with the money used to fund projects by 35 independent winemakers across the country.

Referred to as ‘angels’, as in angel investors, members can use their accumulated credit to purchase wines at a discount of at least 25 percent, with free metropolitan next-day delivery. There is no long-term commitment – members can cancel at any time and withdraw unused credit from their account. Naked Wines also sells wine to the general public, although some wines are only available to angels.

The business was built on the simple idea of establishing a wine retailer which works for both winemakers and their customers, rather than against them, says Greg Banbury – one of Naked Wines's original founders and now Managing Director of Australian operations.

"We started Naked Wines because we realised the wine industry was totally broken. The two most important people, the wine drinker and the winemaker, were the two people getting the worst deal," Banbury said. "Meanwhile the retailers were sitting in the middle, screwing the suppliers and screwing the consumers. We figured this could only go on for so long, so we formed Naked Wines to tap into that opportunity."

The rest of this artucle can be found in Business Review Australia's December issue.