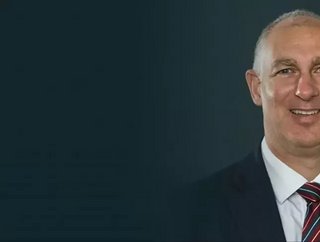 Colt Data Centre Services offers carrier-neutral support for businesses wishing to operate internationally, and is growing quickly across Asia as companies and consumers alike make the shift to digital

The first question Falk Weinreich is often asked by press and staff alike is ‘why are you still here?’ – and with good reason.

Currently Senior Vice President of carrier neutral data centre operator, Colt Data Centre Services, Weinreich has been part of the wider Colt family for over a decade. “The company in a wider sense is a remarkable company in my view,” he enthuses, harking back to its foundation over 15 years ago as a family-financed enterprise.

A business driven by numbers and results but also loyalty, Colt has grown across Europe and is now making waves in Asia, which is another reason Weinreich has chosen to stick around. “This is a great portfolio – there’s such an international environment, as well as a lot of changes and challenges. The company also helps employees grow. If you’re eager to learn, it creates opportunities. That’s why I’m still here.”

Two years ago, Colt split its data centre offering (Colt DCS) from its wider business, with Weinreich opted to join the new segment. “Now, we call ourselves a mature startup because we only have 300 people in the data centre business. We have a better structure and are more mature, but we are still agile and small enough, and fast and speedy in the market to make bold decisions.

“In the past, Colt had never really focused on the data centre business; the first data centre came on the market in 2000, but in those days, we focused more on managed services and hosting, which today of course is very much driven by cloud businesses.”

Three years ago Colt sold its managed services, leaving it with the legacy of its data centres but more time to concentrate on the business of the data centre itself. Now with a total of 24 data centres across the globe, Colt offers 24/7 services to businesses via its data centres including engineering, security and colocation.

It’s the opportunity to focus on one area (the real-estate side) that’s key for Weinreich. “When you only do this and aren’t worried about networks, you gain expertise,” he outlines. “We became successful month after month. We hired good people, but educated our own staff as well. By now we’re even filling legacy sites that are 10-15 years old. We’ve upgraded them technology-wise and, with a good sales focus, we keep selling and filling the sites.”

“Now, it’s really about growing in this hyper-scaled market and building much larger sites.” Colt is concentrating that growth across Europe and into the increasingly demanding Asian market. Last October, Colt DCS opened its campus in Tokyo which is already at capacity. “In Asia, the focus is more about Japan: namely Tokyo and Osaka, but we’re now also looking at Singapore and other markets like Mumbai, where we’re close to starting a project,” says Weinreich.

The Japanese market has been fertile in recent years, creating a demand which Colt has taken full advantage of, while also looking to expand into the southeast of the continent as more and more businesses in that region come online. “First of all, Japan was a bit slow and hasn’t seen the same growth as other regions, but that has changed and supply is in constraint right now, so demand is great and we’re happy to be in the position to deliver that,” says Weinreich. “Japan is still very underserved. In Tokyo, we have three data centres and we’ll most likely start this year to build another on the campus we own. We’re also looking to expand into Osaka.”

Colt DCS is committed to offering the same quality of service from Berlin to Tokyo. “We obviously have people on the ground in all these countries, but we’re using one structure and one experience,” Weinreich emphasises.

However, ensuring this service is localised is essential for an international client base. “We speak all sorts of languages: in Tokyo, we have people from Korea, China, Japan, US, UK, Germany and France. For foreign businesses operating in Japan, it’s easy to go to Colt, because we understand foreign buying behaviours.

“We have local suppliers and local relationships in the market. We’re much more international than our competitors are,” Weinreich outlines. “The world is getting more global and lots of American, Chinese or German companies are looking to operate in Japan. We are often their provider of choice because we understand the culture better than these huge companies.”

While the company doesn’t have assets in China – currently home to 772mn internet users and counting – Colt DCS can also take advantage of expanding Chinese companies. “We take approaching companies from China, which is fast growing, and bring them to Europe and Japan.”

A flexible approach is central for Colt DCS in more aspects than just geography. “There’s a lot within the data centre: companies might want a different rack, cage, cabling. They might want a storage room, toilets, a shower. We’re flexible where we can be, without compromising where security can be impacted.

“We’re one of the most flexible companies in the market right now,” says Weinreich. “We came late to the market, and there are a lot of companies that already have their market share and branding, but we needed to be different. Choices are everywhere and there needs to be a reason to choose Colt.” For the data centre company, this means following robust and secure principles while also listening to customers and taking their needs on board.

With cybersecurity an increasing concern for business and consumer alike, refusal to compromise on this issue is at the fore of Colt’s offering. Colt DCS doesn’t run network services and firewalls, but has to make sure all the data contained in its facilities is safe and secure. “From having procedures, monitoring and checks in place, there are always new security aspects which we need to follow. Almost all our customers are audited by their own companies’ security teams, so we need to facilitate those audits and be audited ourselves on a regular basis.”

For its part, Colt DCS has a dedicated team of experts which regularly looks at security measures and makes sure the data centres are up to date with all the latest certifications. For Weinrich, this commitment is obvious: “If you don’t keep up with the demand of more security, people just won’t choose you.”

While Colt DCS seems to have handle on making the most of the growing Asian market, Weinreich is under no illusions about the challenges the business is set to face as it builds.

“There are challenges: how you organise yourself, how you keep growing. We’re adding data hall after data hall on an almost quarterly basis. That brings a challenge. How can we keep building so fast? The whole production line is stretched under the demand and the success we have in the market. That needs to be adapted within the organisation, to new partnerships, and in how we operate and build.”