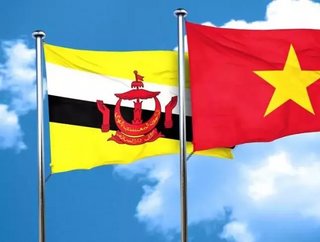 A business delegation from Vietnam is currently visiting Brunei Darussalam headed by Hoang Van Anh, the Deputy Director-General of the Vietnam Chamber of Commerce and Industry has announced that there are a number of opportunities for mutual business development.

The delegation received a briefing from Darussalam Enterprise; speaking at an interview directly after the briefing, the deputy director-general made the announcement that there were a number of potential sectors in Brunei that Vietnam could explore in the future. The 50-strong delegation included representatives from a variety of companies representing industry interests.

The five sectors highlighted during the trip included:

Vietnam is renowned for its strong garment and textiles manufacturing sector which presents a potentially lucrative opportunity for Brunei-based investors.

Brunei and Vietnam’s economies have both developed a great deal over the past two decades, but the need for more robust IT infrastructure and talent has remained consistent.

Brunei is well known for its substantial oil reserves, but Vietnam up until the mid-2000s, Vietnam’s chief export was crude oil. Faced with the global downturn in oil prices, it would be safe to say that oil & gas companies from the two countries will focus on streamlining operations while delivering value for customers.

Brunei’s mining sector is very small, with carbonate rocks, coal, sand, gravel and silica sands forming the main body of extractions – much of its mining potential is haltered by protected rainforests. Vietnam’s mining operations are, on the other hand, far more substantial; mining and quarrying made up as much as 9.4 percent of the country’s GDP in 2003, although this has since declined.

Electronics manufacturing makes up a significant portion of Vietnam’s economy and has driven the country’s economic growth for a number of years – it almost goes without saying that Brunei investing in this sector would be a wise move.