Feature: The Redback spider of the solar industry 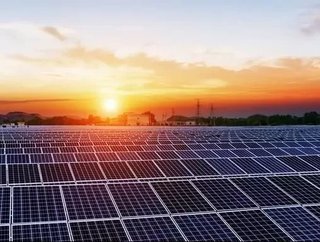 Redback Technologies is a dynamic Australian-focused energy technology startup, in alliance with some of the biggest companies and best brains in the business.

Its management team has more than a century of experience at the forefront of renewable energy generation, software development manufacturing, engineering and energy market regulation, and while a lot of research has been into the area of battery technology, Redback has taken an innovative approach.

This has resulted in a game-changing product which covers all facets involved in capturing, storing and managing solar energy. While there are other companies which provide inverters, solar panels, batteries and software, none are integrating it into one cost effective robust unit that is easy to install. Consequently, Redback has no direct competitors.

Redback takes an innovative Internet of Things (IoT) approach to energy usage and works from a systems approach, making sure that no one component is heavier than 35kg for a second generation product.

Its new Redback Generation II Hybrid Inverter is the most recent inverter and combines a solar inverter, battery enclosure and intelligent IoT energy management software. When paired with solar panels and compatible batteries, it transforms a standard solar system into an intelligent energy management system. Released in October, it sold more across the first four months of sales than the whole previous year.

“It’s fantastic and shows an insatiable hunger in the market for our product,” Redback’s Founder and Managing Director, Philip Livingston, says. “The consumer is recognising that the grid is changing and they want to be involved.

“Redback is innovating to reduce fossil fuel usage and ensure cleaner energy for future generations; we’re building infrastructure for the future, placing the power in the hands of the individuals who generate it and giving them control over how it is used.”

He explains how 2017 was the “litmus test” for the company, and 2018 is all about growth, bedding down technologies, consumer benefit through optimising the existing product suite on costs, ensuring the software is being used effectively, and that consumers are seeing value in it.

“We’re also exploring any adjacent industries that could glean benefits from the data and other related functions we're creating” he adds. “That can allow for consumers to have easier, more effective relationship with our products.”

At Redback, everything is built in-house and, as a result, it gives a significant cost advantage for the product from the hardware side. From the software standpoint, Redback does a whole range of things, from prediction of consumption to insight on generation and optimisation.

“We build our virtual power plant software in-house,” Livingston explains, “and we'll be releasing a whole range of functional capabilities in this space over the next six months to a year.

“We do all this in-house, whereas lot of our competitors in this space might build an inverter, or a battery, or a level of technology that provides a level of optimisation.

“Another competitor might provide something different, like maybe solar forecasting, whilst another company may build an Internet of Things connection.”

He explains how because it’s such a segmented industry, each of these companies needs a layer of profit. Also, because it's an early industry that’s not in its infancy, but very much in its adolescence, these parts don't talk to each other, so it ends up being complicated for an installer to implement related systems, and for consumers to understand and utilise these systems effectively.

“But we have an end-to-end systems approach,” Livingston says. “We make it easy for the consumer to get a great system installed at a very low price point, have full control of that system, and to have all of these systems working efficiently and getting good utilisation out of it in a simple way.”

Redback Technologies was founded by Livingston in 2015 “with two people in an office the size of a closet with a leaky roof” as a software development company, but he soon realised that incorporating hardware was key to success.

“What we found when we were looking at the market,” he explains, “was that technologies were being built as products and not as systems. That resulted in a lot of inefficiencies in the way that product or inverter hardware was being installed.

“We realised quickly that if we really wanted to be a disruptive company, the only way we could get the disruptive kind of return on investments for consumers was to build a hardware stack and a software stack at the same time.”

He cites Apple and Microsoft as good examples, explaining how they came into their own when they began involving third parties in development.

“Apple is a software company,” he states, “but, without a platform of hardware, you'd never be able to see an iTunes store without an iPhone, or a device of some form.

“So, we realised we had to do that. We went to China and we found some companies that we could potentially work with.”

Help from the Far East

Other partnerships include the University of Queensland, Energy Australia, Microsoft and Contact Energy, and Redback is a member of Microsoft’s Innovation Centre.

“A lot of the innovation in Redback is that we’re innovative in how we approach partnerships,” he adds, “because with a startup, you can burn a lot of resources in making partnerships that are not effective, that don't result in growth – and that can be detrimental, even deadly, for startups.”

The company was named after the venomous spider, “because it lives on a web”, reveals Livingston. “So does our technology, and it's quite a disruptive, poisonous spider – and that’s how we want to be thought of when engaging with utilities that are not thinking about the future.”

He admits it’s been “stressful” along the way trying to achieve significant growth and at the same time having runways of capital that must be maintained, but Redback’s managed it.

In the last round of funding in October 2017, it secured AU$9mn (US$7.08mn) from Energy Finance Corporation and Right Click Capital.

“Between that and our revenues, we're set up for success,” he claims. “We’ve acquired a lengthy runway to start building very next level technology that allows us to really scale the company. We're really excited about it.

“There will be a significant degree of data scientists and developers coming on board to add to our existing team of approximately 45 developers,” he adds. “It’s a real groundswell of technology development in the form of software intelligence functions for consumers, allowing us to do a whole range of different energy and non-energy services, which is the next step in our evolution.”

Australia in the driving seat

Redback’s R&D focus is to look towards investing in technologies that allow for platform development, but also engaging in relationships and partnerships that allows it to think outside of the box to solve energy problems.

It is also exploring how to leverage its technology in non-energy related solutions, and Manhattan-born Livingston – who recently celebrated his Australian permanent residency at a dinner with Australian Prime Minister Malcolm Turnbull – is passionate about changing the thought in Australia that technology always needs to be imported.

“We're working really hard to make sure that Australia isn't just a passenger as these technologies develop, but that we’re building and leading the world in this type of energy space,” he explains.

“The opportunity now is to leverage this and make this massive, so that we’re able to hire those developers here and sell the product into overseas markets, not the other way around.”

When it comes to Livingston’s vision for 2020, he says: “If you understand where the energy industry is going, where battery modification is going, how quickly technology is changing, how low-cost Internet of Things sensors are getting, and the machine learning purpose of algorithms, the power and the speed at which they’re developing. There's a nexus point there.

“At Redback, we're recognising the modifications of these related functions and working very hard to build a disruptive platform/product suite that can be meaningful for consumers to make choices around where they source their energy.

“You'll see from us, a very quick movement toward remediating fossil resources, but in a very different way to where our competitors are focused, because our end-to-end approach means we can squeeze efficiencies from the entire vertical and software value chain.

“It's taken us a lot more capital to get to the position that we're in now, but it means we have a lot more levers to pull – and we're pulling them.”