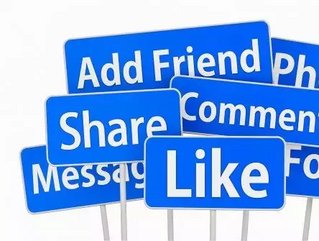 February of this year heralds in the 10th anniversary of social network giant Facebook, which has released a special service to celebrate. The “A Look Back” page allows each user to view a slideshow retrospective of his or her time on the platform. This “Look Back” includes a user’s photos, profile pictures and popular posts.

Mark Zuckerberg’s creation Thefacebook.com went live from his Harvard dorm room 4 February 2004. By December of the same year it had over a million users, all before people could even upload profile pictures.  When it started, Facebook was only available to Harvard students and alumni as an easy way to connect with other, closely associated people. It quickly grew to encompass other universities, and later people from around the globe. Today, Facebook has over 1.2 billion users, 13,000,000 of which are unique Australian users. Talk about connecting the world.

And that’s exactly what Zuckerberg wanted to do. In an open letter on Facebook, he said “…I was excited to help connect our school community, but one day someone needed to connect the whole world. I always thought this was important – giving people the power to share and stay connected, empowering people to build their own communities themselves.”

Facebook has had a spectacular influence on the way people keep in touch and market their business. One of their biggest contributions to the Internet was the “Like” button, allowing users to show support for friend’s pictures and companies alike. And although they have known the harsher side of controversy, including several dustups over security measures and a shaky debut as a publicly-traded company, Facebook is now a company worth $150 billion.

To coincide with its birthday, Facebook has also begun to roll out its new mobile phone app, concisely titled “Paper.” Paper is content heavy, allowing its users to customize its content completely, filling each feed with news headlines, meme channels and stories from big publishers, public figures and emerging content creators. This responsive, refreshing take on a customizable newsfeed was not designed to replace Facebook (although each user has a profile, can request friends and chat with other users), but rather supplement its users in another facet of their life online.

Facebook’s goals in the coming years are no smaller than what they have already accomplished. Zuckerberg’s big dream is to bring the Internet to the Third World, increasing opportunities and markets with billions of new users. The founder has also expressed interest in creating a search engine that could potentially rival Google, and working on incorporating artificial intelligence into its business.