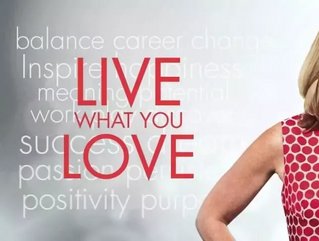 From starting up two successful companies to appearing on Shark Tank and leading philanthropic efforts, Naomi Simson is an entrepreneurial icon in Australia.

Success and happiness is a choice, but most people fail to realise it.

Naomi Simson has made it her life’s mission to make sure people do.

From founding two businesses that have evolved into some of Australia’s most successful companies to being a “shark” on the popular TV show Shark Tank, Simson is an entrepreneurial icon in Australia.

Behind an effervescent, engaging personality, Simson has won awards such as the 2011 Ernst & Young Entrepreneur of the Year, the 2013 Lifetime Achievement Silver Stevie Award, and was named among the top 30 tech influencers on Twitter by The Business Insider.

Simson’s first book Live What You Love is a best-seller in Australia, while her new project Ready to Soar is set to hit stores in May, addressing the question many entrepreneurs ask themselves: Should I or shouldn’t I start a new business?

The Melbourne native has over one million followers on LinkedIn, and Simson acknowledged she feels a great sense of privilege that so many people are interested in her and what she has to say in terms of supporting business development across the world.

This is a far cry from her childhood goal of being a clown, or her teenage ambition of becoming a painter.

“I think one of the delights in life is to not set yourself in stone,” said Simson. “If I had been a clown or an artist, I might be poor right now. Happiness is a choice. When something happens to us, we have a choice of our response. And quite frankly, that is about emotional maturity.”

Simson added, “Life is too short. I want to have a good time every day.”

Simson says some of the best moments of her career revolve around simply being a great employer at her startup companies RedBalloon and Redii.

Since starting the online experience gift retail site RedBalloon in 2001, the outlet has sold over 2.5 million experiences and was named a  for five consecutive years.

Redii, Simson’s other more recent major effort, has nearly reached the same level of prosperity as RedBalloon, attracting nearly 25,000 users before even officially launching in October. A global software platform designed to recognise and reward staff members, Redii is inspired by the belief that employees are the DNA of any successful company.

“It comes back to the old adage that customers drive the growth of any business,” said Simson. “If you have customers supporting you and happy to be your advocates, that is the best way to grow a business.”

In today’s digital age of social media and mobile devices, Simson believes people often care too much about what other people think of them. This led to her molding it into a natural evolution of finding ways to gauge social reactions and utilize them as leadership tools.

“That’s where Redii came from,” said Simson. “It came from the pain of growing my own business, when I realised it doesn’t matter if you’re an entrepreneur, a founder, a business leader or a banker. This people thing is actually quite hard. Redii makes it easier.”

Simson continued, “With RedBalloon, I think people felt connected to what we were doing and why we were doing it. As an employer, we challenge people to achieve greatness. If somebody goes home proud of where they work, that’s all you can ask for.”

Finding the right people isn’t an easy task though. Simson believes surrounding herself with employees who share the same core values, focusing on the ‘how,’ rather than the ‘what,’ of their specific behaviors. Simson insists skills, talent and technical ability can all be taught, but the way individuals treat one another can’t be.

“Not a day goes by where I don’t hear a business person saying, ‘People are the core of every business,’” said Simson. “But what they do is something completely different. When people come to work every day and believe in what you believe in, it’s great. There’s no greater sense of accomplishment.

“It’s not easy. I knew I could only grow RedBalloon if I had alignment from the team and everybody was working hard, loving what they’re doing and having a deep sense of purpose.”

Aside from her success as an entrepreneur, Simson’s philanthropic efforts set her apart from others.

“I want put my influence to things that could perhaps make a difference,” she said.

To do this, Simson is a part of the council of governors for the Cerebral Palsy Alliance, an advisor for gender-equality promotional organisation Heads Over Heels, and is a council member of Voiceless, which spreads the word of the need for better animal protection. She’s also an ambassador for Mother of the Year.

The Cerebral Palsy Alliance research foundation has made strides in both prevention and cure, and has invested heavily in researchers and academia around the world. The progress achieved by the alliance in the last year is astonishing, with cerebral palsy rates dropping from 1-in-400 births to 1-in-500.

“I have a belief that everybody has a right to a great life,” she said. “Just because of an abnormal birth, not only the patient’s life, but everybody’s life around them, changes.

Simson said such positive outcomes inspire her to stay involved and push for more progress.

“I have a very fortunate life,” said Simson. “I have a great business and people are interested in what I have to say. So why not use that influence for good?

Cut from a different cloth

The daughter of two working parents, Simson’s mother helped develop Australia’s first computer prior to a long career in the tech industry, while her father was engineer who eventually started his own consulting business.

Meanwhile, Simson’s sister works in the medical field as a speech pathologist. However, Simson believes all the different traits in her family helped influence her in a positive way.

“We’re all very, very different personalities,” she said, “but sometimes that’s what it takes. It’s yin and yang, and loving people for who they are as well as who they’re not.”

Around 10 years ago during the early days of RedBalloon, Simson said she had a very hectic lifestyle, balancing her executive requirements with taking care of a young family.

She had much to learn, and more importantly, needed somewhere to store the massive amount of new information so she could remember it.

That’s when Simson discovered her love of blogging, chronicling her experiences and discoveries. Today her site naomisimson.com has been recognised as the second best business blog in 2016 by Smart Company.

“I see my blog as my ancillary brain,” she said. “I even do searches in my own blog to find out what I’ve learned, who I’ve met and what books I’ve read.”

Simson points to the blog as a means of helping other people. “I originally did it for myself and then made it available for others. It’s great. I’m happy to share what I’ve learned with anybody. Why not?”

“Happiness is a choice. When something happens to us, we have a choice of our response. And quite frankly, that is about emotional maturity.”

“Not a day goes by where I don’t hear a business person saying, ‘People are the core of every business. But what they do is something completely different.”

“When people come to work every day and believe in what you believe in, it’s great. There’s no greater sense of accomplishment.”

“I have a very fortunate life. I have a great business and people are interested in what I have to say. So why not use that influence for good?”