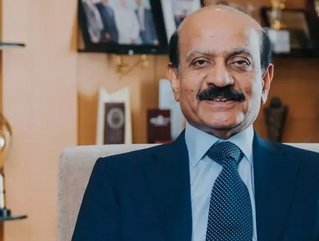 Cyient, founded in 1991 as Infotech Enterprises, is a provider of engineering, manufacturing, geospatial, network and operations solutions. The Hyderabad-based firm has not only positioned itself as a leading digital transformation enabler, but its founder and Executive Chairman, BVR Mohan Reddy, is also deeply conscious of the role the firm can play in helping India realise its technological potential. Focusing primarily on strategy in the medium to long-term, particularly with Cyient’s New Business Accelerator (NBA) which works to develop and nurture new technologies for innovation of the core business, Reddy’s day-to-day work pays significant attention to invention. Besides this, Reddy says that a core element of his role is based upon Corporate Social Responsibility (CSR), an area which he is particularly passionate about. In 2017, Reddy was awarded the Padma Shri, India’s fourth-highest civilian honour, for his role in the development of the country’s Engineering R&D industry, and his commitment to societal progress through corporate action remains steadfast. “I’m very passionate about giving back to society,” says Reddy, noting Cyient’s historic commitment to this passion. “Long before the Indian government ruled that 2% of business profits must be returned to society, we started our own initiative to that end.” Not content with fulfilling his sense of duty to India in a financial sense, Reddy has also been a prolific supporter of CSR initiatives driven by direct investment into worthy causes. Cyient’s Adopt-a-School programme has seen it invest heavily in government-owned schools to improve the educational prospects of the country’s underprivileged children. The initiative has seen significant success in the improvement of both attendance and female enrolment. In 2016, Cyient celebrated its 25th anniversary by launching its Digital Literacy mission: 54 Cyient Digital Centres (CDC) across Serilingampally Mandal Government Schools that strive to provide high-quality digital education resources for communities, particularly underprivileged students. In a press release at the time, Cyient said the CDCs will benefit over 20,000 children, as well as training over 50,000 community members in the use of computers and the internet. This commitment to and understanding of the importance of digital literacy in modern India permeates through Reddy’s strategies at Cyient.

Advancing beyond equipping Indian citizens with strong IT skills at the grassroots level, Cyient is also working proactively to address the shortfall in technological skills that is limiting digital progress. “There are a number of new, disruptive technologies, such as augmented reality, virtual reality, artificial intelligence, machine learning, blockchain. Unfortunately, we did not have a head start in any of those areas in India,” says Reddy. “The first challenge we have in terms of digital disruption is in talent development,” says Reddy. “There are a number of interventions being done to make sure we quickly upskill our people. One example that I’m personally involved in is on behalf of NASSCOM.” The National Association of Software and Services Companies (NASSCOM), with whom Reddy served as Chairman between 2016 and 2017, is an Indian non-profit trade association that seeks to develop talent and drive what it describes as intellectual capital nationwide. “At NASSCOM we have developed a platform called Future Skills,” explains Reddy. “We identified around eight different technologies that we view as important to the future, and we also identified the job roles they might create. Of the 50 or 60 new role types we envisage, we have recognised about 160 new skills that have to come by it, and so we created Future Skills. It’s an educational platform that aggregates information that’s available around the world, servicing the NASSCOM membership which itself comprises much of the IT industry in India. On the backend, it has an AI tool which customises the learning to the individual. It’s unusual, eccentric learning, so therefore the content needs to be based on the ability of the individual.” As the Indian college system is currently enrolling around 800,000 engineering students each year, the combination of these factors paints an exciting and positive future for India’s digital capabilities.

In addition to addressing innovation and skill shortages, Reddy is also passionate about addressing the lacking representation of women in the industry. “Cyient is very keen to boost the participation of women in the company,” says Reddy, and his enthusiasm is palpable. “The challenge we have in India is in the social support systems, and so we find that it is difficult to push the numbers up. If you look at Cyient itself, we have about 30% women and 70% men at the entry level today, and as they go up the ladder the 30% slowly drops to 10%. Company-wide, the average is about 21%.” While social support systems may be limiting the capacity for women to gain ground in technology, not just in India but around the world, Cyient is actioning a wealth of initiatives that aim to curb this challenge. “We are putting a lot of emphasis on work-life balance, and we want to ensure that there is a consistent retention rate of female employees. Therefore, if they have children at home or become new mothers, we have support systems in place to cater to that. We are also improving the representation of women in leadership,” he adds. “We have established initiatives for first-time leaders, guiding and supporting people as they transition to higher levels.”

From a purely technological standpoint, Cyient is well-positioned to capitalise on the growing demand for innovation. “Customers set the mood, and they want us to become a lot more innovative. They like us to drive the solutions.” He adds that this represents a wider shift in society’s thinking. “In the past, when technologies were fairly stable, customers thought that they knew best. But now the thinking is more focused on open innovation, and I think customers are looking to us to make sure that we participate in these new, innovative ideas.” One area that has seen particular focus is automation; Reddy highlights how Cyient digitises maps for a client as a pertinent example of this. “When we build these maps there is a considerable amount of repetitive work which is now becoming increasingly automated. That’s the expectation of the customer. The customer does not, at this point, allow us to deploy more people in order to do the work faster. They instead want us to deploy more automation tools to ensure that we achieve higher levels of productivity.” Other areas where Cyient has applied disruptive technologies include digital manufacturing, namely in 3D printing which enables rapid prototyping and modification, as well as incorporating drones into precision agriculture. Reddy quickly adds that the will to innovate the latter remains strong, returning to automation as a key way in which they can develop the exciting new technology further for their operations. “The images can be visually interpreted by a person, but that is not the limit of what technology is telling us we can do today. I think what we need to do is make sure that we’re interpreting these images using automated technologies, and that is one of the things we’re working on at this point in time.” Reddy’s forward-thinking and proactive nature is clearly infused throughout Cyient’s operations, fostering its position as an ever-growing digital transformation heavyweight and simultaneously paving the way for future success in India’s evolving digital landscape.