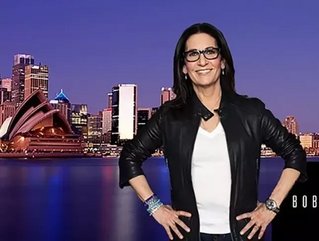 The revenue for the cosmetic industry in Australia is looking to top $3.3 billion in 2014 and 2015. What better time than now to have Bobbi Brown, American makeup artist and founder of one of the most recognisable makeup brands in the world, come to Australia to share her leadership and makeup secrets.

Business Chicks, a collective of talented women looking to share ideas, spark inspiration and provide opportunities for like-minded individuals, is hosting five events throughout Australia with Brown. Perth, Adelaide, Sydney, Brisbane and Melbourne will see this team and world-famous makeup artist the middle of February 2015 for a series of lunches.

Discussions at the luncheons will be wide-ranging, but the topic will be Brown’s entrepreneurial journey. This is the cosmetic mogul’s first trip to Australia, and will sure to be a sell-out event.

Bobbi Brown began work as a makeup artist in the 90s, and identified a gap in the market, specifically with lipstick. With a goal to “make lipstick that looked like lips, she created 10 brown-based shades of lip colour that became bestsellers. Now, Bobbi Brown Cosmetics supports a cosmetics, fragrance and skincare brand in 63 countries.

Brown is also the New York Times best-selling author of eight books and the current editor-in-chief of Yahoo! Beauty. And her expertise doesn’t end there: President Barack Obama appointed her to the Advisory Committee for Trade Policy and Negotiation. In 2010, she launched the Pretty Powerful campaign, one of the first beauty campaigns in the industry to feature before-and-after photos of ‘real’ women, not models.