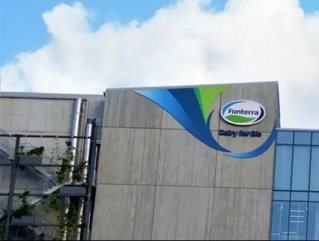 The Chairman of Fonterra Co-operative Group Limited, the dairy giant based in New Zealand, has resigned.

John Wilson has resigned with immediate effect due to recent health concerns.

The former Chairman will remain a Director of the company’s board until its annual meeting in November.

“It has been a privilege to serve you as Chairman and give something back to this great Co-operative that continues to give my family and me so much,” stated John Wilson, as he addressed farmers.

“As many of you will know from experience, governance roles are incredibly rewarding, but equally demanding on the individual and their families.

“Continuing as Chairman when I cannot put my full energy and attention into the role is not appropriate.”

John Monaghan has been appointed Fonterra’s new chairman, as selected by the board.

Monaghan has worked for the dairy company’s board since 2008, serving multiple committees.

“He has taken a lead role in representing Fonterra’s interests on customer visits and global trade issues and has strong networks both domestically and internationally with key stakeholders,” Fonterra’s press release read.

“Mr Monaghan has been closely involved in the process to appoint a new CEO to Fonterra and will now lead the advancement of this appointment with the full involvement of the Board.”