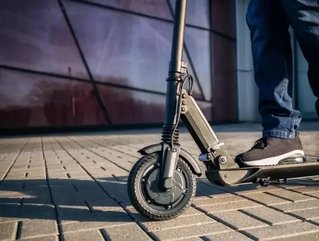 Electronic scooter provider Beam has announced it is to launch in Christchurch in the middle of June.

The move comes as part of the boom of micro-mobility platforms in cities around the globe. Christchurch itself is already serviced by 1000 e-scooters from the company Lime. Attracting interest from venture capital worldwide, micro-mobility companies aim to sidestep public transport and exploit the increasing congestion of cities, offering their customers a different way to travel.

Christchurch will be the first city in New Zealand serviced by Beam, though they plan to expand throughout the year. They are already established in Australia, having launched in Christchurch’s sister city of Adelaide, Australia, in April.

As reported by Stuff, the scooters will all cost the same amount to hire; NZ$1 (US$0.65) to unlock and 30c per minute after that. Instead of price, Beam hopes to compete on the basis of safety, with their scooters featuring speed controls and providing helmets.

Beam’s Head of Public Affairs, Brad Kitschke, said: “Beam values its relationships with cities and the community, prioritises safety and sees itself as a responsible partner. We prioritise working with cities to solve their problems and we promote safety, not just for e-scooter users but for everyone.

“We think that Christchurch e-scooter riders will come to enjoy Beam and will immediately experience the difference in our service. We think the Christchurch community will recognise that our focus on safety and city amenity means a better experience for everyone.”