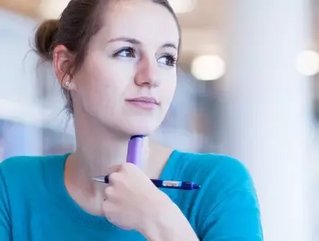 Following in the footsteps of Stanford and Columbia universities in the United States, as well as Harvard and Princeton, the two Australian institutions are embracing the newly titled model of education described as the “iTunes of higher education”. Coursera will run the free online courses.

Massive Open Online Courses (MOOCs) are short courses that are offered exclusively online and free of charge by universities. They provide education in a subject; however do not necessarily lead to a formal qualification or credit. A number of critics have spoken out against such courses, believing them to be over-hyped, pointing to high non-completion rates and continuing preference among employers for formal qualifications. There has also been debate about whether these type of courses pose a threat to traditional university degrees.

A report published on Wednesday 31st July by the United States Studies Centre at the University of Sydney about MOOCs argues that, rather than posing a threat to traditional universities, free online courses could offer opportunities to universities to better use technology and gain a greater global profile.

Professor Iain Martin, UNSW's acting vice-chancellor said the partnership with Coursera would help boost the university's digital education profile. “Importantly, it is also an excellent opportunity to incorporate some of the best online teaching practices and technological advancements into degree programs taught at UNSW,” he said.

Initial UNSW courses offered will be in science and engineering and will begin in 2014.

The report also highlights a shift in the way people absorb information, and argues that the internet is having a profound effect of education, just like it has influenced the music industry, for example.

University degrees are increasingly like a live concert, the report states – immersive, at a cost and only available to a limited number of people – while the providers of MOOCs are the "iTunes of higher education", making a much cheaper version of the music available to all online.

“It's not as if iTunes killed the Rolling Stones or going to a Rolling Stones concert, in fact maybe those are even more attractive now because you can buy a playlist on iTunes,” said Professor Geoffrey Garrett of UNSW, co-author of the report.

“Yes it’s true people can access your material now more conveniently than they ever could before, but some people still want to experience the real concert, or the real education.”

Open Universities Australia made a foray into MOOCs this year, offering free courses to 25,000 students with a completion rate of about 26 percent. Garrett said at the moment the MOOCs were about the experience of learning, not an accreditation, so were in some respects, akin to adult education courses. “Instead of getting it from the local TAFE, you get it from a Harvard philosopher.”

As an employer, how do you feel about the value of such courses? Join the discussion on our Facebook page.