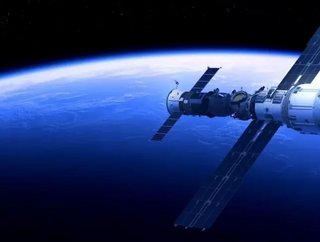 Smart satellites have become the focus of the Australian space industry as revivified interest in the Internet of Things, enhanced Earth observation, future defence development and streamlined communication drive new investment from the Australian government.

The SmartSat CRC (Cooperative Research Centre), which is funded by the national government, was a major component of “Space Week” in the South Australian capital. The event included the 8th Space Forum and the 19th Australian Space Research Conference.

Panels were held by the Australian Space Agency and the SmartSat CRC during the event. One such panel, held by SmartSat CRC industry director Peter Nikoloff, discussed the opportunities and challenges facing Australia’s space industry.

“The intelligent systems from our perspective aren’t just what’s on a spacecraft, we’re looking at the whole chain that goes from the spacecraft down to the ground stations and the applications of how that information is being presented,” Nikoloff said.

SmartSat CRC was awarded AU$245mn in April through the federal government. This funding contributed to the establishment of its headquarters in Adelaide, intended to connect its 99 industry research partners.

Nikoloff, co-founder of Adelaide-based Nova Systems,  said the discussion would highlight the opportunities afforded to the Australian space industry through intelligent technologies and the application of focused research. The panel was intended to identify areas that the Australian space industry can grow into, such as autonomous systems and how participating universities, industries and military organisations can make use of these opportunities.

Data processing became a subject of debate for Nikoloff as the processing of information between Earth and satellites in orbit becomes more relevant. The Radio Frequency Spectrum are a major drain on processing speed, with the majority of this bandwidth having already been purchased by media outlets and businesses.

“We need to look at processing data on board the satellite through the integration of big data and AI systems rather than sending all of the data down and then deciding what’s useful,” he said. “With the announcement of the program with NASA going to the moon, one of the areas of strong interest from the (Australian) space agency is around autonomous/intelligent and off-planet mining and the benefits that technology improvements would have for the Australian mining sector, which is already a world leader in autonomous mining. The SmartSat CRC will be working with the space agency to ensure we maximise Australia’s space research activities across the Australian space sector.”

New companies are being drawn to Australia’s space industry with the announcement of the Australia-UK Space Bridge, meaning that Adelaide will become a natural hub for aerospace innovation. Speaking at one of the forums, Anthony Murfett, Deputy Head of the Australian Space Agency explained that the federal government has intentions to grow the national space economy from $3.9bn to $12bn and add 30,000 jobs in the sector by 2030.

“As the CRC goes forward, one of the things the Agency will do is continually inform the market about the opportunities we’re seeing so we can go forward as an industry together and show the world our best ideas and technologies to grow and transform our space sector here in Australia,” Murfett said.