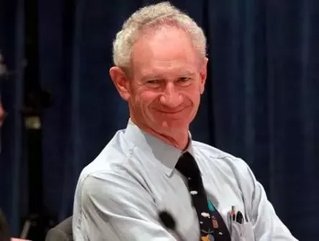 The following five companies, ranging across the financial, medical, retail, energy and construction industries, have truly impressed in 2010. From whopping annual profits to a plethora of new contracts, these companies are raising the bar within their sectors

The Australia and New Zealand Banking Group, commonly called ANZ, is the fourth largest bank in Australia in terms of market capitalization—but in 2010, ANZ truly proved to be a force to be reckoned with when its full year results were announced.

The bank reported an underlying profit of A$5 billion up 33 percent on the previous year, while statutory profit for the full year was up 53 percent at $4.5 billion.

Commenting on how the bank achieved the stellar results, ANZ Chief Executive Officer Mike Smith said, “Three years after announcing our super regional ambitions, we are increasingly distinguished by our geographic diversification which focuses on the world’s best performing economies and the increasing linkages that our personal and corporate customers have with the region.”

When the H1N1 vaccine spread across the globe in 2009, medical product manufacturer CSL quickly stepped in with a pandemic influenza vaccine.

The Federal Government ordered 21 million doses of vaccine for 2009 A/H1N1, 8 million of which were manufactured by CSL. The CSL vaccine was used in one of the largest national vaccine programs in the country’s history. Global sales and “fill and finish” activities relating to CSL’s H1N1 vaccine totaled $235 million, contributing to the company’s total sales revenue of $4.5 billion.

Woolworths is Australia’s biggest retailer and is made up of some of the most recognizable and trusted brands in the country. Its expertise stretches across food, grocery, liquor, petrol, general merchandise and consumer electronics, serving millions of customers every day across Australia and New Zealand.

Woolworths posted a 4.1 percent increase in the first quarter of FY11, led by the company’s supermarkets. Revenue rose to $13.9 billion in the three months ending October 3, 2010, up from $13.4 billion a year earlier. The company’s food and liquor sales in Australia rose 3.2 percent to $9.3 billion in the quarter.

This year, Woolworths also announced the successful completion of its $704 million off-market share buy-back. Chief Executive Officer Michael Luscombe said, “We have now returned more than $1 billion to shareholders in the 2010 calendar year—a combination of this $704 million off-market buy-back plus a $325 million on-market buy-back completed in the first half of the calendar year.”

AGL and Meridian Energy announced this year that they have entered binding contracts to construct a 420 MW wind farm at Macarthur in Victoria’s south west at a total capital cost of $1 billion. On completion in early 2013, the Macarthur Wind Farm will be the largest wind farm in the southern hemisphere, and one of the largest wind farms in the world. It will join AGL’s market leading suite of renewable energy generation assets.

AGL will fund its share of the cost and the costs associated with the construction of a substation at Tarrone from its existing balance sheet capacity. AGL will have 100 percent ownership of the substation, which will enable the future development of a gas-fired power station.

The Leighton Group has evolved significantly from the construction company of its origins over 50 years ago. Today it is a diversified service provider to a range of private and public sector clients. The Group utilizes its financial and intellectual capital to provide integrated solutions to clients’ infrastructure and project requirements.

Leighton won a number of contracts in 2010, from a US$733 million Iraq Crude Oil Export Facility Project to numerous infrastructure projects throughout Asia, the Middle East and Australia. Leighton also announced a $612 million profit after tax and minorities and a pre-tax profit of $843 million for the 2010 financial year.

Before his retirement in 2010, former Chief Executive Wal King reported that he was very pleased to report such a strong profit result which was based on a solid contribution from Australia, driven by transport infrastructure, contract mining, telecommunications and operations and maintenance.