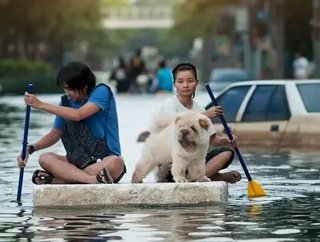 According to insurance experts, generally Asian companies seem to lack adequate insurance to cover them in the emergency of a natural disaster.

This is becoming increasingly dangerous due to the rapid rate of climate change and number of natural disasters that have struck the world.

2017 is expected to set a record for being the most costly in the past 10 years regarding insurance payouts in the event of a storm.

So far this year the US has claimed approximately US$100bn due to Hurricanes Harvey, Irma, and Maria.

This is over double the $46bn that the US has annually averaged over the previous 10 years, and not too short of the global average of $163bn.

“Comparing this against the average for insured losses of US$46 billion, we can see an insurance gap of US$117 billion or 72 per cent,” reported Lei Yu, Managing Director of Marsh Hong Kong and Macau.

“While some losses may not be insurable, businesses evidently lack sufficient coverage for natural catastrophes,” Chan added.

“The damage caused by the hurricanes in the US and the typhoon in Hong Kong and Macau this year were huge. It is going to lead companies to be aware of the danger and to buy the coverage.”