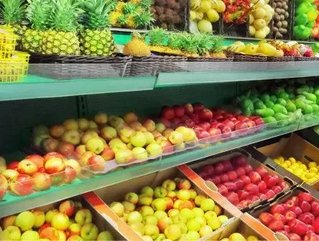 Recently the Australian Competition and Consumer Commission (ACCC) had decided take action against Coles regarding the company’s alleged unconscionable conduct towards their suppliers. Several organisations that make up the body of independent grocers and liquor stores are supporting the endeavour.

Proceedings allege that Coles practiced unconscionable conduct towards 200 of its smaller grocery suppliers in 2011. These allegations have raised concerns across all of Australia’s small business and farm sectors, leading the NFF and similar organisations to welcome ACCC’s actions. NFF has also added their own concerns over Coles’ use of “undue influence and unfair tactics against suppliers in order to obtain payments.”

NFF president Brent Finlay, since the announcement, has shared that he does not believe that suppliers and farmers have the same bargaining power of supermarkets, and has made the advantages in the supply chain fairly one-sided.

"The NFF recognises the importance of an Australian food supply chain where all players – farmers, processors and retailers – have the opportunity to make a profit, and that there’s not a misuse of market power by one player against another,” said Finlay.

"That’s why it’s important that these particular allegations are aired in court and that Coles has a chance to respond.”

Depending on the outcome of the ACCC’s investigation, NFF would be open to reconsidering the effectiveness of the currently voluntary code of conduct with retailers and processes.

“The NFF was actively involved in the development of a prescribed voluntary code with retailers and processors,” Finlay mentioned. “Should the ACCC allegations prove true, this will add weight to our decision to move to a mandatory approach, however we have not shut the door to what a prescribed voluntary code could offer in terms of a productive way forward on this issue.

“We will be closely monitoring the outcomes of this process. Ultimately, supermarket heavyweights should be forging stronger ties with Australian suppliers, not weakening them."