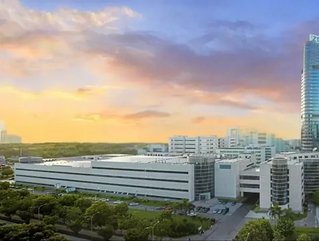 Australia is on the verge of ‘peak smartphone’. Last year saw penetration rates reach 84 percent, with Deloitte estimating that Australian consumers interact with their smartphones 480 million times a day, up by around 10 percent on 2016.

Though Deloitte believes the market will plateau somewhat, it still expects the replacement side of the equation to perform well. If the 16 million smartphone users upgrade on average every three years, we can expect around five million in replacement sales annually. Deloitte thus concludes that the smartphone will remain attractive for the foreseeable future.

Riding, and to an extend driving this wave is ZTE. The global phone manufacturer, which has produced smartphones for the likes of Vodafone, Telstra and Optus in Australia since 2004, has spearheaded some of the country’s most notable development in this field.

Enter Daniel Zhao, Managing Director of ZTE Australia since May 2016. An experienced telecoms industry player with 13 years under his belt, Zhao is all too aware of the impressive work that he is tasked with continuing.

“Since coming to Australia, we’ve brought over 100 models to the market and sold more than 12 million devices,” he points out. “Over the years, ZTE Australia has been instrumental to the introduction of various key telecommunication devices for the Australian market.”

“Whilst we have long-term partnerships with the leading mobile network providers, we have also started to bring our complete range of affordable smartphone products to consumers via our retail partners,” Zhao continues. “We’ve recently unveiled our flagship smartphones, the AXON 7 and AXON 7 Mini which are available exclusively at JB Hi-Fi.”

Indeed, ZTE has teamed up with some heavyweight industry players to deliver to AXON 7. This includes collaboration with Designworks, a subsidiary of BMW which helped inspired the phone’s sleek design. Dolby is also a key partner, this time on the audio front.

Zhao also emphasises the biometric set-up. “Another unique feature is the location of our fingerprint sensor,” he says. “Rather than resting solely on the front, we’ve placed it on the back where your finger naturally rests. This provides not only more space for a larger screen and speakers on the front, but also results in a more aesthetically pleasing handset.”

This begs the questions as to how ZTE balances its interests regarding its own phones versus those it makes for the likes of Vodafone, Telstra and Optus. Is there a conflict of interest? For Zhao, it is simply another exciting revenue stream and means to delivering its Australian ambitions.

“Our brand has built its reputation on manufacturing devices for telecommunication providers, including Telstra, Optus and Vodafone,” he explains. “As such, we’ve had long-term, successful partnerships and continue to do so. We remain committed to working with our valued partners to manufacture devices primarily for the pre-paid market, while also introducing a wide range of our own branded handsets to meet the consumer demand.

“Ultimately, our overarching goal is to provide affordable high-quality handsets to the Australian market. By continuing our partnerships and rolling out our own branded devices, we’re able to accomplish this in many ways.”

So what does Zhao see in the coming years for ZTE and the Australian smartphone market? While the dust may only just be settling on the rollout of 4G around the world, 5G has quickly made it onto our radars. For Zhao, this is an exciting development to follow and influence.

“As consumers are aware, the market is always changing so technology companies, like ZTE, must constantly evolve as well,” he says. “One of the big things for the smartphone and telecommunications market in Australia is the 5G network. We’ve announced the first 5G phone in the world and look forward to having 5G deployed in Australia.”

With 5G a case of watch this space, Zhao also comments on the ‘smartphone peak’ observation made by the likes of Deloitte. He is eager to emphasise, as Deloitte also does, the potential for further growth and diversification in the sector, in part driven by strengthening competition.

He concludes: “When we first came to Australia in 2004, we saw endless opportunities to grow our footprint. That outlook is still relevant for our growth strategy today. Australian consumers want the best and most advanced devices, and we want ZTE to be a top-of-mind technology provider by offering them our innovative, next-generation smartphones.

“In the next five years, we’d like to continue being a main player in the Australian phone market and ultimately growing our market share.”