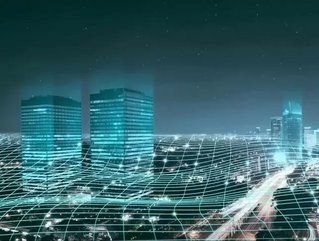 With tech industries booming across Asia, there is a plethora of exciting young talent leading pioneering companies into a range of emerging markets. Here are five such individuals to keep an eye on.
Chang Le, 29
SoundAI Technology, an AI-based voice interaction tech developer, was cofounded by Chang Le in 2016. As CEO, she has led the firm from strength to strength, with a Series A funding round in 2017 raising almost US$15mn. Chang told China Money Network earlier this year that her company, backed by Chinese search engine giant Baidu, has become “the biggest technology provider in the smart speaker market in China”, as well as holding 80% of the far-field voice recognition market. With Amazon ramping up development of its Alexa-powered smart home devices, the global market for such technology looks set to become even more competitive.
Stephanie Sy, 29
Stephanie Sy founded Thinking Machines in 2015, with the mission statement of producing AI systems that work for humans. A graduate of Stanford University, Sy works as Thinking Machines’ CEO and lead data scientist. Her firm counts five of the Philippines’ top 20 companies among its clients, aiding them with AI-based data analysis that drives efficiency and increased profitability. Thinking Machines was instrumental in the Philippine government’s endeavours to mitigate traffic congestion in Manila.
Bobby Bao, 30
Bobby Bao founded payment and cryptocurrency platform Monaco Technology in 2016, later renamed CRYPTO.com. The platform has its own cryptocurrency (MCO), which raised $26.7mn in a 2017 token sale. Bao’s goal is to accelerate the global adoption of cryptocurrency and blockchain technology, and was named by Forbes as one of the world's top blockchain innovators.
See more:
Sadia Bashir, 29
PixelArt Games Academy founder and CEO Sadia Bashir launched the Islamabad-based company in 2015. She has since been awarded by the US Embassy and “Women Can Do” at the Women Entrepreneurs Summit in 2016 for her contributions to the industry. Noticing a gulf between available education and the demand in the games industry for designers, programmers, animators, and 3D modellers, Bashir founded PixelArt to offer a range of courses to equip wannabe game developers with the skills to succeed in the industry. Championing women’s involvement in the industry, PixelArt is committed to maintaining a baseline 33% ratio of women in its programs.
Ritesh Agarwal, 24
Ritesh Agarwal launched OYO Rooms in 2013 at the age of 19. Five years later, it has grown to become the biggest and fastest-growing hotel chain in India and recently announced its plans to expand into the UK. OYO’s recent $1bn investment from SoftBank has placed the startup’s value at around $5bn. Agarwal is a graduate of the Thiel Fellowship, a two-year program that offers fellows $100,000 and an extensive network of entrepreneurs, scientists, and investors to tap into.
Ritesh AgarwalAsian techChang LeStephanie Sy
Share
Share