A Timeline of Australia&#039;s Most Innovative Inventions 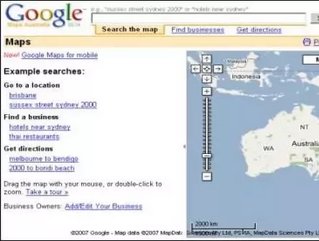 The Feature Film: If you thought the first full-length movie was made in Hollywood, think again. Defined by length, the first dramatic feature film was 70 minutes long and made in the suburbs of Melbourne in 1906. Filmed on approximately 1,200 meters of reel, the entertaining The Story of the Kelly Gang traces the life of legendary Australian bushranger Ned Kelly.

Vegemite: Australians have been happily spreading the salty, slightly bitter paste on sandwiches, crumpets, crackers and toast since 1923. Made from yeast extract, this dark brown substance was invented by Dr. Cyril Callister and then launched into stardom by the food entrepreneur Fred Walker. Despite its raging popularity Down Under, the rest of the world has yet to embrace Vegemite quite like Aussies have.

Speedo Swimwear: Could you even imagine Speedo coming from anywhere other than Australia? In 1928, Scottish immigrant Alexander MacRae introduced the classic, figure-hugging “Racerback” swimsuit in response to the growing beach culture in Bondi Beach. His innovative design permitted greater freedom of movement, which allowed wearers to swim faster. Today, Speedo’s continued design technology makes it a highly valued brand for competitive swimming. And, it wouldn’t be appropriate if we neglected to mention Speedo’s legendary men’s swimwear briefs—both celebrated and ridiculed the world over.

Aircraft Safety Devices: In 1958, Dr. David Warren in Melbourne invented the first black box flight memory recorder, which recorded the pilot’s voice and a few instrument readings. The black boxes are now mandatory on all aircrafts, and are essential to discovering why plane crashes occur. In 1965, Jack Grant of Qantas invented the inflatable aircraft escape slide, which is now standard safety equipment on most passenger airliners in the world.

Cochlear Implant: In 1967, a PhD student at the University of Sydney investigated whether a single or multiple-channel electrode cochlear implant would be possible for the management of a profound hearing loss. Eleven years later, Graeme Clark successfully tested what is now known as the cochlear implant, a surgically implanted electronic device that provides a sense of sound to the deaf. As of April 2009, approximately 188,000 people worldwide have received cochlear implants.

Dual Flush Toilet: Ok, ok so we didn’t come up with the toilet, or even the flush system, but water-conscious inventor Bruce Thompson did have the brains to come up with a dual flush cistern with two buttons—one for full-flush and one for half-flush. Although the first generation dual-flush toilet caught on after its creation in 1980, a redesign in 1993 cut water usage in half when used properly. It has been proven to save up to 67 percent of water usage in most homes.

Internet WiFi or Wireless LAN IEEE 802.11: Modern day WiFi originated Down Under in 1996 as the brainchild of CSIRO’s very own Dr. John O’Sullivan. Using a system known as multipathing, Dr. O’Sullivan led a team that made wireless LAN fast and reliable for computer networking. The patented 802.11a, 802.11g and 802.11n Wi-Fi standards are now used in virtually all wireless enabled laptops and phones.

As of May 2010, CSIRO has earned over $250 million in royalties and settlements arising from the use of this patent as part of the 802.11 standards with as much as a billion dollars expected after further lawsuits against other parties, enabling them to finance further innovation projects in Australia.

Hyshot Scramjet Engine: Considerable advancements have been made in the development of hypersonic technology, especially in the arena of scramjet engines. The first group to demonstrate a hypersonic scramjet working in an atmospheric test was a project by a joint British and Australian team in 2002. Five years later, the US Defense Advanced Research Project Agency and Australian Defence Science and Technology Organization successfully boosted a test vehicle to hypersonic speeds using rocket engines.

Google Maps: In 2003, Danish brothers Lars and Jens Rasmussen and Australians Noel Gordon and Stephen Ma co-founded Where 2 Technologies, a mapping-related start-up in Sydney. They developed a C++ program designed to be separately downloaded by users, then later pitched it to Google as a purely Web-based product. The geniuses at Google were sold. In October 2004, Google acquired Where 2 Technologies, and created the popular, free, browser-based software, Google Maps. All four founders now work for the Google engineering office in its Sydney location.