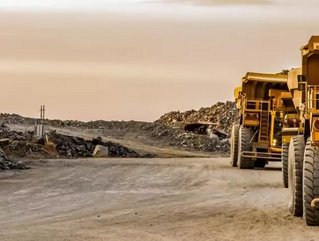 The multinational mining corporation Rio Tinto has announced it is to buy a fleet of mining trucks from American company Caterpillar Inc.

The purchase consists of autonomous trucks as well as other mining equipment. The fleet will be deployed at its new Koodaideri iron ore mine in Western Australia, the company has announced.

Production is expected to start at the mine by the end of 2021. In a recent press release, the company said that “following approval of the US$2.6bn investment in the Koodaideri replacement mine in November 2018, the project is now progressing to plan with engineering and procurement activities on schedule and site construction works commenced.”

As the West Australian reports, the order will be fulfilled by Caterpillar distributor WesTrac. The mining equipment supplier will provide to Rio Tinto “20 autonomous 793F trucks and four robotic blast drills, as well as loaders, dozers, graders, water carts and diggers.”

The move comes as part of a wider trend in Australia towards the automation of mining technology. The Sydney Morning Herald quoted Steve McIntosh, Growth and Innovation Group Executive at Rio Tinto, as saying that “in mining there’s no doubt that Australia is at the lead, and has been for some time. What we need to do ourselves as Rio Tinto, and the rest of Australia, is make sure that we maintain that lead.”

He continued by adding that “because we went early in building capability, systems, platforms, operating centres, there’s no doubt that Australia is well ahead of the rest of the pack.”

Rio Tinto’s fleet purchase is therefore a significant boost to the efforts to keep both Rio Tinto and Australia at the forefront of automated mining technology.