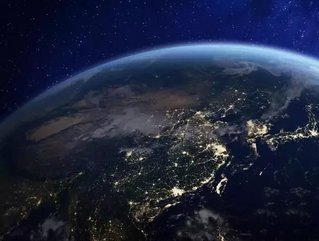 The Australian aerial imagery business Nearmap has announced the launch of a new 3D mapping product.

The service covers major cities in both Australia and the United States, covering a frequently updated library of over 400,000km squared. Although it has provided 3D imagery since 2017, the company said that its new MapBrowser service would allow the instant streaming of such content at scale.

“It’s like switching from DVDs to streaming services,” said Dr. Tom Celinski, Executive Vice President of Technology & Engineering at Nearmap. “Our camera technologies have been capturing 3-D since 2017, but now our secret sauce is bringing it onto MapBrowser, allowing users to easily and instantly stream this content with many export options. Now users can visualize, measure, define a custom area, export our 3-D and use it in their workflows with other commercial platforms and tools. We're helping 3-D experts and novices alike access reality like never before, and this is an important next step in our Reality as a Service journey.”

Nearmap said that its technology would democratise and accelerate access to 3D imagery, helping industries such as urban planning, architecture, construction, government and councils view and shape cities.

To create the 3D maps, Nearmap has employed AI and machine learning to create new datasets from aerial imagery. Nearmap said that business could measure and track changes over time using the technology, giving the example of solar panels, pools, roofs and construction sites.

“Nearmap 3-D is the result of a significant investment in R&D, but also listening to our customers and what they need to transform the way they work,” said Tony Agresta, Executive Vice President of Product at Nearmap. “Accessing 3-D imagery up to now has typically been an arduous, time-consuming and expensive process - but not anymore. This represents the single largest, most frequently updated footprint of 3-D accessible through a browser. The ability to measure in 3-D space, size up an area and then export Nearmap 3-D for use in other platforms will transform the aerial imagery market.