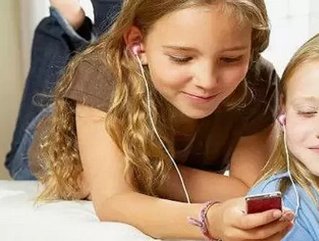 Last year, the music industry achieved the inevitable: digital music sales accounted for just over 50 per cent of US music sales, outselling physical music for the first time in history according to the Daily Telegraph.

The numbers are astounding. According to the Nielsen/Billboard 2011 Music Industry Report, there were 228 million physical album sales last year, but a record-breaking 3.5 million albums were downloaded in the last week of 2011. Thanks to easy-purchasing services such as iTunes, digital track sales increased by 8.4 per cent over last year, accruing 1.27 billion sales.

"Clearly the plastic format was not an optimal format for selling music," Brian Zisk, executive producer of the SF MusicTech Summit, told CNN Money. "It's a much healthier ecosystem for folks to be selling digital formats instead of physical formats. That's the future, and the way it's going."

Adele had a particularly stellar 2011, becoming the first artist to sell more than one million digital albums with 21 and achieving the Best Selling Artist, Album and Digital Song trifecta with ‘Rolling in the Deep,’ which was downloaded a whopping 5.8 million times. Lady Gaga was named the ‘most streamed artist’ and Nicki Minaj’s single ‘Super Bass’ attracted 84.9 million audio streams and another 71 million video streams.

The timing of this phenomenon fits in nicely with the launch of Apple’s iTunes Match, a cloud-based service that allows users to store their music collection in a “digital locker” for $34.99 per year.  iTunes Match debuted in Australia last month.