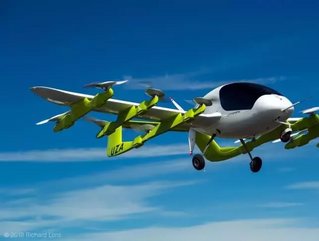 Named Cora, it has been developed over the past eight years by US-based Kitty Hawk Corporation, which is said to be backed by Larry Page, Co-founder of Google.

It is being operated by New Zealand’s Zephyr Airworks and flies between 500 and 3,000ft above ground with a wingspan of 11m.

Cora has a range of 100km and top speed of 180kmh, taking off and landing vertically like a helicopter, but flying like an aeroplane.

When explaining why it choose New Zealand as a testing ground, Cora said in a blog post: “New Zealand’s Central Aviation Authority (CAA) has the respect of the worldwide regulatory community. A people who embrace the future. And a dynamic economy that could serve as a springboard for Cora.

“What we didn’t know was that New Zealand was also on a quest. They had already built one of the world’s most sustainable energy ecosystems –– with 80% of the country powered by renewable energy. And now they were looking to harness the benefits of the electric mobility revolution.”

In terms of regulation, Cora has an experimental airworthiness certificate from both the New Zealand CAA and the United States Federal Aviation Administration. It is now working with NZ’s CAA on gaining further certification in order to build a commercial air taxi industry.