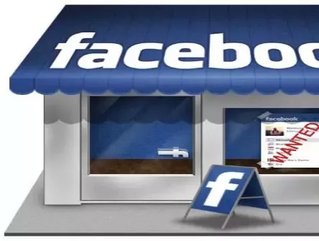 Once the social media giant puts forward its initial public offering (which is currently pegged at a comfortable US$5 billion), Wall Street will begin pressuring them to seek an alternative method of making money. In 2011, all but 15 per cent of their revenue was generated through advertising, IT News reported.

The prospect of this ‘alternative method’ is sending many start-ups into creativity mode as they brainstorm ways for Facebook to financially capitalise on its colossal audience.

Charging members is out of the question – Facebook’s  homepage promises that the service is, and always will be, free.

Instead, these start-ups, backed by venture capitalist funds, are testing out different “f-commerce” platforms – Facebook’s answer to the growing popularity of e-commerce.

"E-commerce is a huge category with very strong tailwinds and it's a natural move for Facebook," Sam Schwerin of Millennium Technology Value Partners told IT News. The company reportedly owns Facebook shares and has a stake in BeachMint, which is one of the start-ups vying for the opportunity to put Facebook in the realm of Amazon and eBay.

"People have always shopped with their friends; now they expect it online," wrote former StubHub exec David Fisch in a December blog. "Companies who think differently about social will find success."

Facebook already hosts a number of user-customised retail ads, but according to IT News, they do not receive a cut of the profits if any transactions occur as a result of the ad. Facebook does, however, receive a 30 per cent cut of the revenue generated by virtual purchases in Zynga-powered games. E-commerce may very well be the next logical step in the site’s monetising strategy.

"Facebook has a huge opportunity to monetise e-commerce," Christian Taylor, chief executive of Payvment, told IT News. "They have the infrastructure and team to pursue that."