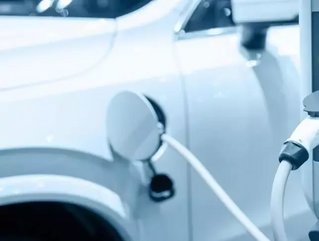 Using 100% sustainable energy sources and with the ability to fully charge an EV in minutes rather than hours, the company is also spearheading developments for easy payment methods and 24/7 customer support.

“There are currently only around 70 fast charging sites in Australia, most of which are proprietary or require a subscription,” said CEO Chris Mills. “Providing ultra-fast charging stations at accessible highway locations around the country, all open-access and ‘pay-as-you-go’ is about serving EV drivers and opening up new journeys.”

Announcing the completed construction of its Coochin Creek station on the Bruce Highway at the end of last year, Evie Networks stated that charging would be free for the first month and then moved to a pay-as-you-go service, either via the Evie app or a RFID card.

“This station is the first of what will be the largest rollout of ultra-fast highway charging stations being built in Australia,” said Mills.

Receiving investments of A$35mn from the St Baker Energy Innovation Fund and an additional A$15mn grant from the Australian Renewable Energy Agency, Evie Networks’s project is receiving recognition for its importance.

Despite Evie Network’s enthusiasm for the EV revolution, in 2018 it was estimated that only 1,352 EVs were sold (excluding Tesla figures, which are not publically released) in Australia. Compared to 1.05 million in China and 361,307 in the US sold in the same year, Australia has been lagging behind global trends in committing to widespread EV adoption.

However, in a report from the Bureau of Infrastructure, Transport and Regional Economics (BITRE), analysis suggests that 50% of all new cars sold in Australia by 2030 will be EVs.

In an article by The Guardian, Behyad Jafari, CEO of the Electric Vehicle Council, said, “The destination for Australia is predetermined. The choice is how much value and benefit we capture in getting there. Globally, there is some US$300bn being invested in the EV sector. Surely Australia should be getting a piece of the action?”