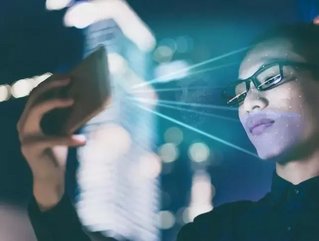 SenseTime Group has raised $600mn in its latest round of funding, putting the company’s value at around $3bn.

SenseTime is a Chinese AI startup that specialises in facial recognition using artificial intelligence, which is implemented on a huge scale across China.

In this funding round, which was the largest-ever series C funding round for an AI startup, Alibaba and Temasek led the investment, while another investor according to Reuters was Suning.Com Co.

An existing investor was US company Qualcomm. SenseTime is now the world’s most valuable AI start-up.

China ahead of US in Big Data but behing in AI overall, finds Oxford University

The company has been around for three years and has offices in Beijing and Hong Kong. As it closes its series C funding, SenseTime has doubled in value over the past few months.

In a statement, the company said that the $600mn investment “marked a fresh record for venture capital funding in the AI sector”.

According to the Financial Times, co-founder Xu Li said that the funding will be used to help the firm grow internationally and “widen the scope for more industrial application of AI”.

Bloomberg and Straits Times have both reported the valuation now stands at $3bn, but a spokesperson from the company has advised that a final valuation figure isn’t being released as the firm is now in its Series C round of funding, with remains ongoing.

According to Straits Times, Xu said: “We’re going to explore several new strategic decisions and that’s why we shall spend more money on building infrastructure… for the past three years, the average revenue growth has been 400%.”

In a statement relating to the investment, Alibaba’s Executive Vice Chairman Joe Tsai said: “We are especially impressed by [SenseTime’s] R&D capabilities in deep learning and visual computing. Our business at Alibaba is already seeing tangible benefits from our investments in AI and we are committed to further investment.”