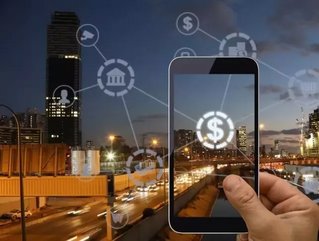 Chinese search engine giant Baidu has raised a total of $1.9bn in funding for its financial offering.

Among investors were TPG, Carlyle Group and Taikang Group. The new finance arm, which is splitting off from its parent Baidu, will be called Du Xiaoman Financial.

The company uses AI technology to provide short-term loans and investment services, and as such the $1.9bn round makes it one of the largest fintech companies in China in terms of funding.

The now independent business will be run by Baidu’s SVP Zhu Guang. Running the fintech arm as a separate entity will likely be good news for investors due to certain risks involved in loans and investment. According to the South China Morning Post, Moody’s recently lowered the credit rating of the parent company due to these risks, so it is hoped this will tidy up Baidu’s rating until the viability of the finance business can be illustrated.

However, CEO Robin Li has spoken out about his relief that the company’s heavy, early-stage investment in AI has finally begun to pay off.

Of the fintech company, he stated: “I am very pleased to see that the financial unit has graduated. This is another milestone for Baidu’s AI ecosystem after the listing of iQiyi.”