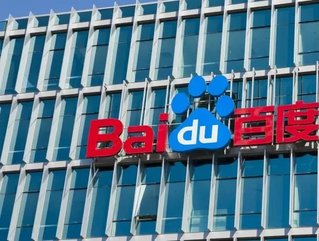 Robin Li, CEO of Chinese search engine provider Baidu, has spoken out about his relief that the company’s investment in AI is beginning to pay off, and what a mistake it was to not invest similarly in mobile internet in the past.

Li has an estimated wealth of $18.3bn and his company has put considerable amounts of money into artificial intelligence research and development over the past few years.

Li spoke at the GeekPark forum on Sunday in Beijing and Baidu has verified his comments. He has said that the company is seeing rewards for its investment.

“We started to deploy AI about six or seven years ago. Now that AI us become mature enough to have some use in the market, we feel relatively more relaxed, feel that this day has finally come.”

Three years ago things looked uncertain as Baidu failed to make appropriate provisions for a global shift to mobile internet. Investors began to pull out.

Rivals Alibaba and Tencent were on board with the change, but the search engine giant missed the boat somewhat on capturing the smartphone user market.

Li explained that he did not take a lot of action in the early 2000s when warned to prepare for mobile internet simply because “we didn’t know how to make mobile internet better”.

He didn’t see the attraction: “My feeling at the time was how important can the mobile phone be? The screen is so small, the speed is so slow… with time, this attitude led to a sort of numbness, a feeling that it may not come at all…”

Li continued: “Until around 2011 when the mobile internet era really came about, many people have already positioned themselves and we have not – that was bad.”

However, recently Baidu was chosen to be part of China’s “national team” for AI.

Li might not be advised to rest on his laurels yet, but things are looking up as unlike mobile internet, Baidu has got involved with AI at just the right time.