Audi is working with these three Chinese tech companies 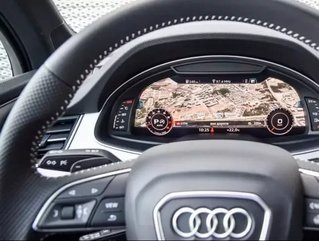 Luxury German carmaker Audi has stated that it is planning to work with China’s three largest technology companies to develop its “connected” cars.

In 2013, Audi opened a research and development centre in Beijing to develop technology that it will aim to use in China first, and then export globally – the first such move of its kind from the German firm.

“The Chinese are early adopters. If you’re not here with the latest stuff, then you can’t win,” said Martin Kühl, an Audi spokesman in Shanghai.

Audi’s has been working with Alibaba in some form or other for the past decade, but this year has brought something special to the relationship. They have been working on producing 3D maps and traffic data technology that has such a high resolution that it can produce almost real-life pictures.

“This kind of map material is not even available outside of China,” Kühl said. “Alibaba has done a really great job and we’ve been the first to use this data, to use these maps.”

The interface will be able to link to services from Google or HERE, the software Audi purchased alongside BMW and Daimler last year for €2.8bn.

Audi is planning to rollout Baidu CarLife, a Chinese equivalent to Apple’s CarPlay, for use in its cars. The app provides free to use navigation software from the Chinese search giant as well as third-party apps.

“Of course we also offer Apple CarPlay in China but there are more Chinese using the local services,” Kühl added.

Audi is working with Tencent to integrate WeChat MyCar services for location sharing and music sharing.