Alibaba backs AI tech to track pigs in China - could this solve the pork price plummet? 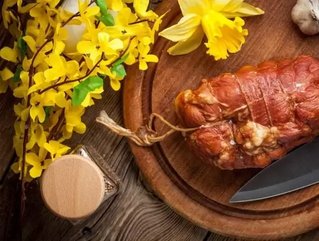 With half the world’s pigs living – and being slaughtered – in China, the country has begun using AI to keep track of the valuable livestock which totals around 700mn animals.

Last week it was reported that the price of pork plummeted in China, in part due to difficulty in keeping track of production after many small farms closed and larger agroindustry boomed – and the use of this technology could provide an answer to the problem.

The technology will provide much-needed data on the health, behaviour and movements of the animals.

Identification is currently time consuming and costly in terms of labour and equipment, but with the help of the Alibaba Cloud project this is set to change.

Pigs are identified by an electronic tagging system with a unique code, usually attached to a pig’s ear, which uses RFID (radio frequency identification). This updates a database every day and is picked up when the pig passes a sensor.

Each movement the animal makes can be monitored by ET Brain, as well as body temperature. It also uses “voice” recognition tools to pig up noises made by piglets to warn farmers if they are in danger, for example of being crushed by sows.

It is presently just being used in Sichuan but it is hoped it will be used throughout China soon, with the deal already said to be worth “tens of millions” of dollars.

Alibaba’s Zhang Sheng has told Chinese news agency Xinhua: “on one hand, we hope to bring down husbandry costs and achieve agricultural reform… on the other hand, we’d like to translate AI technology into safe, tasty pork”.