AI challenges and opportunities in Asia 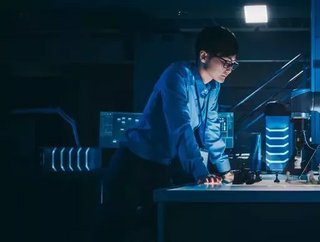 AI and machine learning pose major questions for nations at all stages of development and Asia and the ASEAN region are no different...

Artificial intelligence (AI) has no universal definition, though its applications are perhaps its best descriptors. As computing speed and power rise while purchasing costs fall, the accelerated development of AI systems, those capable of completing actions typically reliant on human cognition to be accomplished accurately or at all, shows no signs of slowing down. Businesses are integrating technologies capable of automating simple tasks across their operations, from data collation, entry and analysis to payroll systems that can accurately and securely calculate an employee’s earnings against the myriad factors that could affect them month to month. The desire to work smarter rather than harder, repurposing existing staff freed from repetitive tasks so that they can contribute to value-added activities, is steering global business towards a mindset that, if something can be automated, it should be.

This is a stance that’s not without its problems, of course, and in Asia the challenges of AI adoption are perhaps more stark than elsewhere. McKinsey Global Institute’s (MGI) ‘Artificial Intelligence and Southeast Asia’s Future’ report from 2017 cited earlier research which found that 50% of work activities conducted across the Philippines, Thailand, Malaysia and Indonesia could be automated. This work, cumulative across the four biggest Southeast Asian (ASEAN) economies, accounted for around US$900bn in wages in 2017. On the one hand, companies across those four economies could stand to save almost a collective $1trn by adopting AI and automating those processes. On the other, workers across those companies, industries and economies may either find themselves reassigned or made redundant as the money is invested elsewhere. In developing economies such as those in the ASEAN region, the threat to low-skilled work from AI is compounded by the nature of those economies: delivering quality education and inclusion at all levels is a challenge across these populations and substantial swathes of the countries’ poorest stand to be left behind.

Both skilled and low-skilled roles are under pressure as AI’s capabilities grow at an ever accelerated rate. McKinsey’s 2017 report found that at least 30% of activities carried out across 60% of all occupations could be automated, though it noted: “Because automation applies at the task level, AI seems likely to change more occupations than it will eliminate outright.” And, while the aforementioned automation of around 50% of tasks at a cost saving of $900bn is staggering to consider, “this does not mean that companies will replace workers with machines overnight just because it is technically feasible to do so. The pace and extent of automation will be determined by how companies view the business case, weighing considerations such as the cost of these technology systems, their ease of use, labour market dynamics, the value that could be created, the customer experience, their own capabilities and regulatory and social acceptance.”

The latter points made here are perhaps the most vital impediments to the potential havoc that AI could wreak on labour markets ill-prepared for its introduction: it won’t happen immediately and there is time to integrate the technology thoughtfully across economies. In short, as has been typically accomplished during previous industrial and technological revolutions, societies, government spending and education can adapt to the new normal as productivity rises and wealth blossoms through gradual adoption. What sets AI apart from previous technological overhauls of working life is its propensity to extend beyond automation of repeatable, predictable tasks. Where AI’s implementation comes with risks, it also comes with the promise of benefiting individuals and societies in ways beyond efficiency in business.

McKinsey highlights some of the key areas in its report, with the ability for machine learning to “enhance credit models and financial inclusion”, as well as its applications for healthcare, having clear and direct benefits to populations across developing countries. Preventative and remote healthcare will be supercharged by machine learning’s ability to cross-reference medical records and observations of physical changes caught on camera to assess whether a disease has taken hold or progressed. Ophthalmic care, for example, is limited for people in geographically remote areas by the need for specialist equipment and limited availability of doctors specialising in eyecare. Bangladesh is one example where a patient may only need to have photos taken of their eyes and have them uploaded to a machine learning-enhanced platform for a diagnosis to be made based on learnings from other patients. Changes over time may be minor and difficult to detect by a human being, but such signs can be caught and flagged by the system as new images are supplied. But, of course, for such ideas to become reality, “most of the region will need to build foundational digital infrastructure and data ecosystems to realise these types of opportunities,” McKinsey said.

It is clear that Asia and the ASEAN region is both replete with opportunity and risks that must be addressed when it comes to the implementation of artificial intelligence and its technological brethren, machine learning, deep learning, and RPA. Governments and enterprises must face down considerable challenges in order to unlock its capacity for accelerated efficiency and economic growth, improved availability of credit and financial inclusion, enhancements to healthcare and more. The skill sets needed from workforces whose traditional roles have become automated must be delivered by both businesses seeking to unlock the potential for abstract human input and value-add activities, and governments who stand on the verge of enormous potential for growth and prosperity. As the dust settles on a global pandemic that has called computational power to arms like never before, it will be interesting to see how the likes of the Philippines, Thailand, Malaysia and Indonesia shift to take advantage of AI.