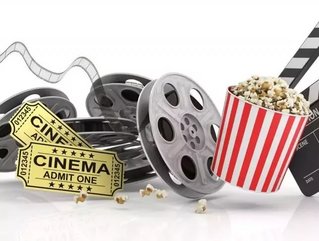 Disney has made changes to the structure of its international operations across Asia.  Walt Disney International will merge operations in Japan, South Korea and Greater China into a new regional hub for North Asia. Meanwhile, it is combining India and South East Asia (Singapore, Malaysia, Indonesia, Thailand, the Philippines and Vietnam) into a South Asia hub.

Walt Disney International covers management of all Disney departments outside North America, excluding theme parks and ESPN. Previously, Disney had a pan-Asia organisation headed by Paul Candland, who is expected to retire having worked for Disney for 19 years.

Prior to this appointment, Samat was Managing Director of Walt Disney (India) since November 2016. He also served as MD of India Operations for the company from 2007. Samat stated of the move: “I am pleased to have the opportunity… to create new, innovative ways for audiences to engage with our stories, brands and characters, and drive growth across our businesses.”

Kang was previously Managing Director of Greater China at Walt Disney since July 2014, having become Senior Vice President of Walt Disney in 2011. He has stated: ‘It is an honour to lead Walt Disney International in North Asia… the region’s ever-changing media and entertainment landscape as well as dynamic consumer products market provides incredible opportunity to continue to forge connections with our brands and franchises to drive growth.”

Andy Bird, chairman of Walt Disney International, says that the new structure “aligns and maximises efficiencies around regions with similar opportunities and create the momentum to accelerate growth for the company in these markets.”

It is hoped the restructure will split an incredibly vast and diverse region into more manageable portions. For example, there are huge differences between India’s complex, developing market and Singapore’s consumer behaviour which is more consistent with other developed English-language areas. Therefore, the new groupings will still create interesting challenges due to their vast scale.

Of Kang and Samat, Bird feels “Luke and Mahesh have an acute understanding of our brands and franchises and long-standing expertise in our broader operations. This, combined with their understanding of the uniqueness of their markets, and intense entrepreneurial spirit, will continue the momentum we are experiencing in these dynamic regions.”