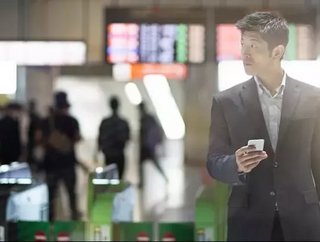 The Elaf Group, a SEDCO Holding Group company and a provider of travel, tourism and hospitality services, has announced the best outbound holiday deals from the Kingdom of Saudi Arabia (KSA) to destinations in the Middle East and Asia.

The destinations were chosen based on their tremendous popularity among local travellers and include Dubai and Abu Dhabi in the UAE, Bahrain, Kuwait, Beirut in Lebanon, Jordan, Turkey, Sri Lanka, Indonesia, Kerala in India, and Kuala Lumpur in Malaysia.

The move by the Elaf Group to launch attractive yet affordable travel packages for outbound travellers from the KSA aims to meet the growing demands of tourists looking for a relaxing and refreshing family vacation.

The deals range from minimum of four nights up to 11 nights stay in three, four or five star hotels located in prime locations, enabling families to explore the city’s unique tourist offerings such as sightseeing, shopping, culture and cuisine. In addition, it will enhance the Elaf Group’s role in further strengthening its position in the KSA’s robust tourism industry, especially in outbound tourism.

“In line with its efforts to offer value added products and services to its loyal patrons, the Elaf Group has launched a unique, outbound travel package which is both attractive and affordable at the same time. We aim to address the gap in the outbound family holidays by offering clients with valuable and memorable vacations that can be customized to suit their requirements.

"It is an extension of our commitment to offer the highest quality of services that are innovative and up-to-date as per market needs, thereby reinforcing our position as the industry leader in the Middle East’s travel and tourism industry,” said Ziyad Bin Mahfouz, CEO, Elaf Group.

Outbound tourism has been growing remarkably in the KSA due to favourable economic conditions and disposable income. According to a recent report, nearly 4.5 million Saudi tourists spent approximately SAR 131.25 billion in foreign countries in 2015 which is poised to touch more than SAR 375 billion in 15 years at an annual rate of 15 percent. The Elaf Group’s new overseas family holiday deal will contribute in further boosting the figures for the KSA’s outbound tourism.