Six Sigma in Australia: On the Rise 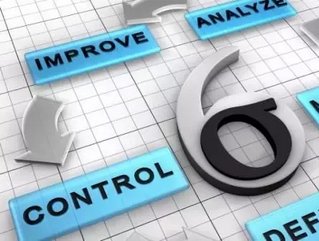 As the world slowly climbs out of the global financial crisis, companies are beginning to resume business as usual. Many are also reevaluating management and production procedures, including business process improvement.

Though Australia suffered less than other countries during the GFC, many of the nation’s companies have begun implementing new processes, including Lean Six Sigma. As organizations ramp up their hiring, and contract resources and consultants are expected to meet customer requirements, demand for Lean Six Sigma expertise is on the rise again.

“The fundamentals of a well structured business process improvement and management program is to transition an organization, both process and people, to be better able to deliver on customer, business and employee expectations. Six Sigma is just one, but an important component, of such a model which focuses on delivering efficient, robust processes,” says George Potamianakis, Director of Process2Customer and Chairman of the Lean Six Sigma Division of the Australian Organisation for Quality (AOQ-QLD).

LEAN AUSTRALIA
Though Australian companies across all industry sectors have successfully implemented Lean Six Sigma, over the last five to six years, financial services organizations have begun to embrace its concepts. Many of them have deployed its methods in operational areas and then progressively moved into all business processes, including sales, product development, ICT projects and their people and change programs, says Potamianakis.

Other industries, ranging from insurance and telecommunications to government and manufacturing, have successfully integrated the various business process improvement methodologies, operations management, change management and employee engagement models, picking the best components which will address their business needs.

Potamianakis, who has implemented Lean Six Sigma programs for Telstra, The Commonwealth Bank and Honeywell, says there is a trend emerging which would indicate that there are two types of Lean Six Sigma deployments within Australia. Companies operating in Australia which retain head offices overseas have tended to deploy the organizations standard which is more focused towards traditional Six Sigma. On the other hand, Australian companies have tended to deploy Lean Six Sigma, with an emphasis on waste reduction and the local problem-solving competencies embodied in the Lean methods, supported by the rigor of Six Sigma’s focus on customer requirements and data analysis.

“We will continue to see innovative approaches to the deployment of business process improvement and management over the coming years as process maturity and knowledge increase,” Potamianakis says.

THE IMPORTANCE OF SIX SIGMA
Companies operating within Australia are facing many of the same challenges that companies face around the world. As many are experiencing greater demand after a period of slower growth during the GFC, customers are becoming more proficient at switching suppliers, speed to market is being recognized as a competitive edge and retention of qualified staff are all on the radar as key matters for attention.

“As a generalized statement, and recognizing that it does vary across industry groups, Australian organizations have a relatively low level of process maturity. This is evidenced by the lack of end to end process ownership and understanding, multiple hand-offs and a high percentage of rework,” he explains.

“It is estimated that we have anywhere between 30-50 percent of employees focused on rework and remedial type activities. This being the case, even a small percentage improvement can provide huge benefits in freeing up available time to service the client needs,” Potamianakis says.

GOING FORWARD
As Six Sigma increases in popularity, new industries are beginning to embrace it, including governments and small to medium size organizations.

“These small to medium size companies in the past have been reluctant to deploy LSS due to the perceived high cost of investment required. As new deployment models are developed which focus on rapid startup with less of a reliance on large full time deployment teams, these organizations are now able to justify and gain the benefit of these programs,” Potamianakis says.

He anticipates that the future for the Lean Six Sigma industry in Australia will thrive as organizations look toward safeguarding future growth.